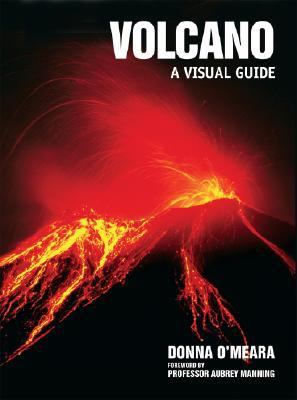 Introduction Volcanoes are a smorsgasborg for the senses. Steam hisses, lava gurgles, flows gush and tinkle like broken glass, and blasts rumble and boom. Sulfury gasses tickle the nose with a pungent, but not completely offensive odour. Whether majestically slumbering or thundering in eruption volcanoes are a visual treat. Volcanoes are indelibly etched on the human psyche through myth, genetic memory and historical records. The earliest human recording of a volcano erupting is a colourful wall painting in central Turkey that dates to 6000BC. Greek mythology cites Italy's Mt. Etna as the home of Hephaestus, the god of fire and the Romans believed their own god of fire, Vulcan, resided in Vulcano in Italy's Aeolian (Lipari) Islands. And in Nicaragua, only the loveliest of virgins were sacrificed into the boiling lava lake of Masaya Volcano to appease Chaciutique, its goddess of fire. Even the mythical city of Atlantis may have been submerged and destroyed by a volcano when a cataclysmic eruption of Santorin (Thera) volcano in Greece caused a tsunami (some believe that Santorini itself is Atlantis). Earth is peppered with more than 1,500 active volcanoes, two-thirds of which are in the Northern hemisphere. Of those 1,500 about 500 have erupted in modern times. Of course, volcanoes are not haphazardly scattered across Earth's surface. 80 per cent grow along the edges of vast tectonic plates riding the Earth's partially molten mantle, pulling away from each other or crashing into each other, forcing magma up and out along their boundaries. Where tectonic plates diverge and pull apart, ridges of volcanoes form, such as occur at the Mid-Atlantic Ridge. Where Earth's plates push together, converge and are forced under each other (subduction), long swathes of volcanoes are found, such as the colossal Pacific Ring of Fire. This necklace of over 1,000 volcanoes comprises nearly two thirds of the known terrestrial volcanoes on Earth and stretches up the northwest coast of the United States, through Alaska's Aleutian Islands, and down into Japan. Convergent plates also build volcanic islands and island arcs, like those in Indonesia and when Earth's crust stretches and thins, intra-plate volcanism can occur, such as in the African Rift Valley and at various volcanic hot spots. These occur where plumes of stationary magma, smolder under sliding plates, creating 'conveyor belt' volcanoes like those in the Cape Verde Islands, far from the edges of tectonic plates. The study of volcanoes is a new and emerging science and scientists are not yet in agreement about classifying volcanoes or about their lifespans. Generally the definition of an active volcano is one that has erupted within the last 10,000 years; however, super-volcanoes like Yellowstone in the USA, have eruptive lifespans that last for hundreds of thousands, and possibly, millions of years, so we cannot be sure they will not erupt again. Earth is not the only planet in our solar system to have volcanoes and several other solar-system bodies either are volcanic or show signs of volcanic activity. As astronomers are just beginning to glimpse other planets around stars other than our Sun, it may be a matter of time before we have the technology to discover new worlds in new solar systems with volcanoes just like those on Earth. Donna O'MearaManning, Aubrey is the author of 'Volcano', published 2007 under ISBN 9781554073535 and ISBN 1554073537.

2 from $8.95
Loading marketplace prices 2 copies from $8.95 How does the rental process work?
View more