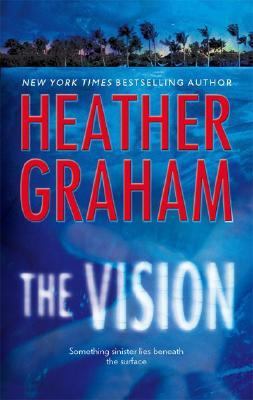 "Hey, no one ever said the sun made people sane," Jack Payne, an old-time and expert diver, said, staring at Thor Thompson with an amused cant to his head.Thor, in turn, was staring at the woman.He'd first seen her earlier that day, when his boat,The Seeker,had met up with the group the state had hired. They were both involved in the same exploratory mission, and there had never been any reason, as far as Thor was concerned, not to co-exist with other companies and other divers. Especially on this project. The state of Florida, along with the environ-mentalists and the historians, was solidly against some of the methods treasure seekers had used in the past. Coral reefs were fragile. It was one thing to disturb a little nature when there was a verified find; it was quite another to rip the sea floor to shreds in the pursuit of a find. Though the historians were the ones who had set this project into motion, they were going on a theory, and there had to be proof of that theory before the state allowed in any of the big machinery that might tear up the beauty of the reefs -- the state's real treasure, as far as tourism went.Thor was working for the federal government, not himself, and since the Deep Down Salvage group was working for the state, it wasn't as if one of them was going to seize the treasure from the other. If it turned out to be true that theMarie Josephinewas hidden beneath sand and coral and the continuous reef life, and they did discover a pirate cache, they would both make out well, but it wasn't as if the proceeds wouldn't be divided, or as if the state and U.S. governments -- and maybe others -- weren't going to be taking the majority of the haul. As a diver who'd spent his career working on old wrecks and salvage, he had done well, and it wasn't that he didn't appreciate his creature comforts. But he had never been in it for the riches that some salvage divers continually sought. He liked the work, the history and the thrill of discovery.With the recent discovery of the wreckedLa NiÑajust off Calliope Key, all sorts of people had once again become excited about the fact there were thousands of undiscovered wrecks off the Florida coast. It was more than plausible that at least some of those wrecks had been hiding pretty much in plain sight. Too often, people simply didn't know or wouldn't recognize what they were looking for. The sea could totally camouflage the remains of a ship after centuries, something researchers had learned much more about in the recent past when vessels of various kinds, having outlived their usefulness, had been purposely sunk to help create artificial reefs. Along with the passion, however, had come the cautionary voices of the historians and environmentalists. A number of the search areas where archives suggested theMarie Josephinemight be found were marine sanctuaries. Solid proof of a find -- more than a few pieces of eight, some ship's silver, or even cannons -- would have to turn up to allow for any dredging, hauling or sifting equipment to come out.Thor's group, known as the Seekers, along with their lead research boat, wasn't on call for just fantastic finds. There were times when the work was far more painful than exciting, when they went looking for survivors or the remains of a crash, times when they didn't dive into the extreme beauty of the Caribbean, the Florida Straits or the Gulf of Mexico. There were dives into swamps, as well, and those were excruciating. The work here, though, was something he enjoyed -- at which he hoped he excelled. They were on the trail of pirates. The initial work, done by the state historians, had sent them straight into some of the most beautiful water he had dived anywhere in the world. He liked what he was doing right now. It was the intimate kind of work that was the most exciting. Because they were going on speculation, this was real underwater exploration. Sure, they had sonar and radar,Graham, Heather is the author of 'Vision ', published 2006 under ISBN 9780778323211 and ISBN 0778323218.