Violence and Gender An Interdisciplinary Reader 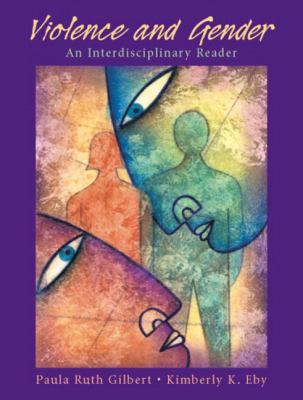 When we first conceptualized this book in 1996 we wanted to create a text that would speak to the many forms of violence occurring both domestically and globally. Moreover, we believed, and continue to believe, that much public and academic discourse still largely ignores the interrelationships between the different manifestations of violence and the construct of gender. Since the social construction of our gender greatly informs how we act, how we react, and how we function in our world, it seems crucial that we begin an inquiry into how our notions of gender influence the perpetration and experience of violence. It quickly became apparent that we had to limit our focus to the United States for two reasons: addressing issues of worldwide violence and gender demands in-depth analysis that is beyond the scope of a single volume; equally importantly--and unfortunately--given the amount of violence in the United States, we certainly have more than enough material for investigation with this defined focus. Ironically enough, since September 11, 2001, Americans have become increasingly aware of and concerned about worldwide violence in forms such as terrorism, suicide bombers, the treatment of women in Afghanistan, and biological and chemical warfare. Despite this important change in the knowledge level and subsequent outlook of many Americans, we continue to believe that the violence many Americans experience "at home"--in our homes and schools, at our work, and on our streets--especiallyas it relates to the construction of gender, needs to be at the forefront of our national dialogues and debated in our classrooms. Like many others, our interest in issues of violence and gender grows out of personal concerns. Children, who are often the victims and perpetrators of violence, are being born and raised in a society that abhors and yet remains fascinated with violence. A minority of men, who demonstrate their manhood in hostile ways, create a general fear of men in our culture. As a result, women often need to be afraid of the men whom they meet and with whom they develop intimate relationships. Children and adults of "other" religions, ethnicities, races, sexual preferences, and cultures are being subjected to the intolerance of the dominant culture. In addition, our national conversations about violence are often driven by individual incidents that are highly publicized in the media. Once these examples fade from the media and our attention, however, it is all too easy to move on with our lives and leave these issues behind. Clearly, we need thoughtful, sustained dialogues about the causes of violence, in conjunction with examinations of their relationships to gender. As educators, we believe that the most effective way to promote this dialogue is to facilitate life-long learning for people of all ages. All of us need to develop informed opinions in order to understand the range of reasons why violence occurs, analyze the possible causes and effects of violence on others, form our own opinions about how to prevent such violent incidents, respect the opinions of others, and work toward solutions that better our lives. We believe that intolerance of the "Other" is usually caused by a lack of knowledge and understanding, by an unawareness of a different point of view. Education remains a critically important and effective way to minimize that ignorance and to begin the journey toward mutual tolerance. The book that we have compiled is the outgrowth of an eight-credit interdisciplinary course on violence and gender that has been taught several times. The selected readings here present a number of perspectives on issues of violence and gender: from psychology; criminology; journalism; biology; sociology; history; law; cultural studies. This collection includes selections that utilize different disciplinary methods, including scholarly analyses, case studies, and researchGilbert, Paula Ruth is the author of 'Violence and Gender An Interdisciplinary Reader', published 2003 under ISBN 9780131116313 and ISBN 0131116312.

8 from $0.10
Loading marketplace prices 8 copies from $0.10 How does the rental process work?
View more