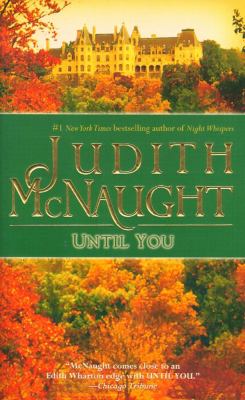 Propped upon a mountain of satin pillows amid rumpled bed linens, Helene Devernay surveyed his bronzed, muscular torso with an appreciative smile as Stephen David Elliott Westmoreland, Earl of Langford, Baron of Ellingwood, Fifth Viscount Hargrove, Viscount Ashbourne, shrugged into the frilled shirt he'd tossed over the foot of the bed last night. "Are we still attending the theatre next week?" she asked.Stephen glanced at her in surprise as he picked up his neckcloth. "Of course." Turning to the mirror above the fireplace, he met her gaze in it while he deftly wrapped the fine white silk into intricate folds around his neck. "Why did you need to ask?""Because the Season begins next week, and Monica Fitzwaring is coming to town. I heard it from my dressmaker, who is also hers.""And?" he said, looking steadily at her in the mirror, his expression betraying not even a flicker of reaction.With a sigh, Helene rolled onto her side and leaned on an elbow, her tone regretful but frank. "And gossip has it that you're finally going to make her the offer she and her father have been waiting for these three years past.""Is that what the gossips are saying?" he asked casually, but he lifted his brows slightly, in a gesture that silently, and very effectively, managed to convey his displeasure with Helene for introducing a topic that he clearly felt was none of her concern.Helene noted the unspoken reprimand and the warning it carried, but she took advantage of what had been a remarkably open -- and highly pleasurable -- affair for both of them for several years. "In the past, there have been dozens of rumors that you were on the verge of offering for one aspiring female or another," she pointed out quietly, "and, until now, I have never asked you to verify or deny any of them."Without answering, Stephen turned from the mirror and picked up his evening jacket from the flowered chaise longue. He shoved his arms into the sleeves, then he walked over to the side of the bed and finally directed all his attention to the woman in it. Standing there, looking down at her, he felt his annoyance diminish considerably. Propped up on her elbow, with her golden hair spilling over her naked back and breasts, Helene Devernay was a delectable sight. She was also intelligent, direct, and sophisticated, all of which made her a thoroughly delightful mistress both in and out of bed. He knew she was too practical to nurture any secret hopes of a marriage offer from him, which was absolutely out of the question for a woman in her circumstances, and she was too independent to have any real desire to tie herself to someone for life -- traits that further solidified their relationship. Or so he had thought. "But now you are asking me to confirm or deny that I intend to offer for Monica Fitzwaring?" he asked quietly.Helene gave him a warm, seductive smile that normally made his body respond. "I am."Brushing back the sides of his jacket, Stephen put his hands on his hips and regarded her coolly. "And if I said yes?""Then, my lord, I would say that you are making a great mistake. You have a fondness for her, but not a great love nor even a great passion. All she has to offer you is her beauty, her bloodlines, and the prospect of an heir. She hasn't your strength of will, nor your intelligence, and although she may care for you, she will never understand you. She will bore you in bed and out of it, and you will intimidate, hurt, and anger her.""Thank you, Helene. I must count myself fortunate that you take such an interest in my personal life and that you are so willing to share your expertise on how I ought to live it."The stinging setdown caused her smile to fade a little but not disappear. "There, you see?" she asked softly. "I am duly chastened and forewarned by that tone of yours, but Monica Fitzwaring would be either completely crushed or mortally offended."She watched his expressionMcNaught, Judith is the author of 'Until You', published 1995 under ISBN 9780671880606 and ISBN 0671880608.