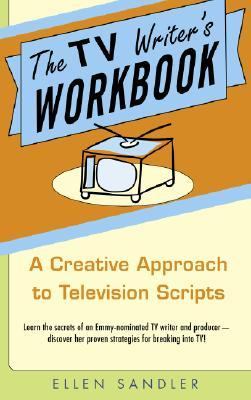 The Spec Script No one (I hope) watches television all the time, but everyone watches it sometimes. Television is pervasive and common, in the sense of communal, familiar, and available to all. Television establishes our ethical, moral, social, and, God knows, material boundaries more than any other factor in modern life. More than the movies, more than politics--no wonder you want to write for it. It's powerful! Because it is common, television is often dismissed as insignificant, unworthy of respect or care. Because it is pervasive it is voracious--television needs material, and it reproduces like an amoeba, constantly dividing and replicating itself to fill the continuing void. Television needs more, and it needs it now. That's where you come in. Your job as a writer is to supply it with content. This leads to fast, which leads to sloppy, which leads to formulaic, writing. "It's not brain surgery," you'll often hear people in the industry say about working in TV. As a way to deflate self-importance, it's a perfectly good sentiment, but resist the impulse to use it as an excuse to lower standards; because in a way, when you create for TV you are doing a kind of brain surgery. You are shaping people's perceptions, and affecting their reality. A career as a writer in Hollywood begins with excellent writing (excellent by commercial standards--we'll get into that in a minute). After that it's about persistence, tenacity, and some luck, though less than you might think. These are not secrets. Everybody knows the rules. The secret is committing to them. That's what makes a career happen. In order to write for TV, you must get a job. In order to get a job, you must have material to show that you can write. Usually that will be a spec script. What Is a Spec Script? A television spec script is an unsolicited, original episode written for an established TV show. No money, no contract, no guarantees. In all likelihood, a spec script will never be sold or produced. What it will be is READ. That's what you write it for: to be read by as many people connected to show business as you can get it to. Everyone counts. You never know who knows someone who knows someone. There are two different kinds of spec scripts, one for TV and one for film. You write a spec screenplay when you are not established enough to get a deal to write a screenplay based on a pitch. You write a spec screenplay and hold on to the dream that a studio will pay you for the rights to make it into a movie. Or, more likely, pay you for the rights to change it completely and never make it into a movie, but at least you get a check. You can sell a spec screenplay. A television spec script is different. You don't write a TV spec with the expectation of selling it to the show. It could happen, it has happened--it's Hollywood, everything happens once or twice--and if it happens to you, great! Call your lawyer and make sure you're protected on the back end. (Not as sexy as it sounds, but even more exciting; see Showbiz Meanings for Regular Words: A Selective Glossary.) But what's much more likely, and therefore what we'll be talking about in this book, is that you'll write a spec TV episode to prove that you can do the work. It's a writing sample, a portfolio piece. In film, people are looking for a script, but in TV they are looking for a writer. Why Write for TV? I teach scriptwriting classes and when I ask students why they want to write a spec script, I usually get an answer like, "It's fun." Well, that's great, but that won't get you to the end of your script because a lot about writing isn't so much fun. A lot of it is frustrating, confusing, and downright hard. So they think about it and I hear, "To tell a story" or "To make people laugh." I've even heard, "Because I really, really, really want to." All of those are good reaSandler, Ellen is the author of 'TV Writer's Workbook A Creative Approach to Television Scripts', published 2007 under ISBN 9780385340502 and ISBN 0385340508.