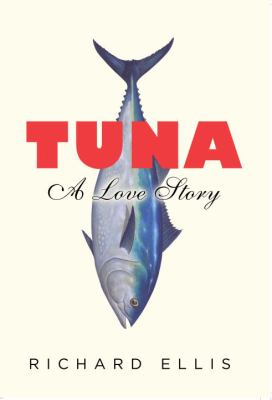 Four SPORT FISHING FOR TUNA Around 1496, Wynkyn de Worde, one of the first printers in England,printed theTreatyse of Fysshynge with an Angle,which was basedon even earlier treatises on "fysshynge." Izaak Walton publishedThe Compleat Anglerin 1653, inspiring a vast number of his fellow Englishmen to take up fishing. But no matter how much they enjoyed the sport, they still ate the fish they caught. Since Walton's day, however, the art and science of fishing often took precedence over the number and size of the catch that the fisherman brought home to feed his family. Thus did salmon and trout fishingparticularly in Englanddevelop into pastimes suitable for gentlemen, along the lines of fox hunting or bird shooting. The conquest of a fox or a pheasant might require a certain degree of skill and courage, but for the most part, what were needed were a few dogs, a proper kit, and privacy and space enough to engage in these patrician pursuits. Another field usually restricted to the aristocracy or to those officers posted to exotic locales was big-game hunting. Much of this sort of thing was dedicated to the acquisition of a large set of horns or antlers to display over the mantelpiece, but hunters with powerful weapons also took aim at tigers and leopards in India; lions, leopards, rhinos, and buffalos in Africa; and almost everything larger than a woodchuck in North America: bison, bighorn sheep, moose, elk, every kind of deer, and of course the predators, such as bears, wolves, and mountain lions. If there was ever any justification offered for the slaughter of these animals, it was a sort of hunters' "manifest destiny": the privileged classes were entitled to shoot everything with legs or wings, and if the targets happened to be predators, so much the better, the hunters were making the world safer for farmers and their livestock. If and when the predators preyed upon peoplethink of "man-eating" lions and tigerswell, it was clearly the duty of the hunters to rid the world of these malicious carnivores. No fish ever threatened a farmer's livestock, and with the possible exception of some of the larger shark species, none threatened people either. But because some fish were so large and so powerful that their capture required more than a little skill (and often a lot of expensive equipment, sometimes including a big boat), the idea of big-game fishing was born. In his discussion of the origins of the very exclusive Cat Cay fishing resort in the Bahamas, Philip Wylie explained, "the day came when men who had once exulted over a three-pound trout taken on a rod and reel began to think three hundred pounds was no great shakes for hefty relatives of the same species of tackle. This new sport was dashing, daringand expensive. And for those who could afford it, there was a need of a base suitable to the tastes of the elite." The idea of catching fish that you had no intention of eatingfishing for sport, in other wordsis a very recent development, and probably to some extent based on the great billfishes. They certainly are edible, but fight takes precedence over fillets, and the idea of eating a thousand pounds of fish might be a little daunting to any but the most intrepid (or hungry) angler. Obviously, "big-game fishes" had to be bigmany of them could exceed a thousand poundsbut they also had to be "game," that is, prepared to put up a valiant fight to escape capture. This conspicuous reluctance to be reeled in often took the form of spectacular, repeated leaps out of the water, an exaggerated, large-scale version of the fight a hooked salmon might put up. The pursuit of large fishes on an adversarial basis began in the early decades of theEllis, Richard is the author of 'Tuna' with ISBN 9780307267153 and ISBN 0307267156.

6 from $0.51
Loading marketplace prices 6 copies from $0.51 How does the rental process work?
View more