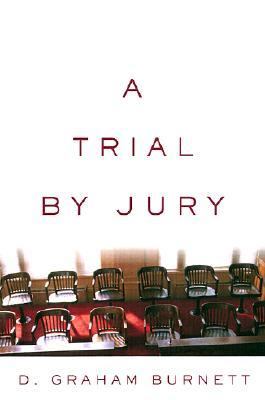 How It Ended I have on my desk at this moment twelve five-by-seven ruled index cards. On each of them the same two words appear: "not guilty." Eight are written in pen, four in pencil. On eight of them the words appear along a single line, on two the words are perpendicular to the ruling, and on two they are scrawled diagonally (one of these last has been written on an inverted card, turned so that the red top line and margin are at the bottom). Three are in all caps, three have only the initial letters capitalized, three are all lowercase, two others show the "N" capitalized but not the "g." In the last of them the word "not" appears in all caps, but the word "guilty" is all lowercase. By dint of these varied inscriptions, made in silence in a few tense moments, Monte Virginia Milcray walked out of Part 24 of the New York State Supreme Court, got into the elevator, and descended to the cold wetness of Centre Street a little before noon on February 19, 2000. I preceded him by several minutes, getting into a cab with my duffel bag and riding the dozen blocks home to my wife, with whom I had not spoken in four days. The cards were folded in the breast pocket of my navy blazer. I was crying. The twelve cards represent the potent residue of the most intense sixty-six hours of my life, a period during which I served as the foreman of a jury charged to decide whether Monte Milcray was guilty of murdering Randolph Cuffee. During that period, twelve individuals of considerable diversity engaged in a total of twenty-three hours of sustained conversation in a small, bare room. We ran the gamut of group dynamics: a clutch of strangers yelled, cursed, rolled on the floor, vomited, whispered, embraced, sobbed, and invoked both God and necromancy. There were moments when the scene could have passed for a graduate seminar in political theory, others that might have been a jujitsu class. A few came straight out of bedlam. Before it was over, we had spent three nights and four days continuously attended by armed guards (who extended their affable surveillance into all lavatories); we had been shuttled to outlying hotels, into rooms with disconnected phones and sinks in which we washed our clothes; we had watched one juror pulled from our midst and rushed to the hospital (a physical collapse, caused by some combination of missing medication and the crucible of the deliberations), another make a somewhat halfhearted effort to escape (he was apprehended), and a third insist on her right to contact her own lawyer to extricate her from the whole affair (she was threatened with contempt). During significant stretches in this trying time, we considered two weeks of testimony in The People of New York v. Monte Virginia Milcray and struggled to understand two things: what happened in Cuffee's apartment on the night of August 1, 1998, and what responsibilities we had as citizens and jurors. It is my intention to tell this story as best I can. I am doing so for several reasons, among them two in particular: first, because there are things to be learned from the way events unfolded (about people, about the law, about justice, about truth and how we know it), and, second, because the jury room is a most remarkable--and largely inaccessible--space in our society, a space where ideas, memories, virtues, and prejudices clash with the messy stuff of the big, bad world. We expect much of this room, and we think about it less often than we probably should. Before I embark on this task, however, a few words of warning. There are really two stories here: that of the case itself--a trial story, a courtroom story, a drama focused around a violent death; and that of the deliberations--the story of what happened behind the closed door of the jury room. Each of these stories is complex, and they are of course entangled. I set out to write this book in order to tell the latter, bBurnett, D. Graham is the author of 'Trial By Jury' with ISBN 9780375413032 and ISBN 0375413030.