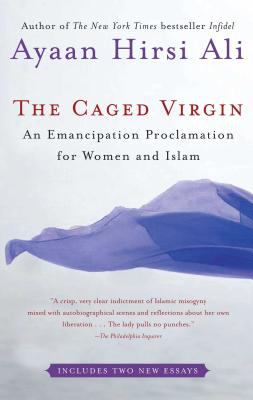 Preface Breaking Through the Islamic Curtain The attacks on the United States of September 11, 2001, prompted the West to launch a massive appeal to Muslims around the world to reflect on their religion and culture. American President George W. Bush, British Prime Minister Tony Blair, and numerous other leaders in the West asked Muslim organizations in their countries to distance themselves from Islam as preached by these nineteen terrorists. This plea was met with indignation from Muslims who thought it was inappropriate to hold them responsible for the criminal conduct of nineteen young men. Yet the fact that the people who committed the attacks on September 11 were Muslims, and the fact that before this date Muslims in many parts of the world were already harboring feelings of immense resentment toward the United States in particular, have urged me to investigate whether the roots of evil can be traced to the faith I grew up with: was the aggression, the hatred inherent in Islam itself? My parents brought me up to be a Muslim -- a good Muslim. Islam dominated the lives of our family and relations down to the smallest detail. It was our ideology, our political conviction, our moral standard, our law, and our identity. We were first and foremost Muslim and only then Somali. Muslims, as we were taught the meaning of the name, are people who submit themselves to Allah's will, which is found in the Koran and the Hadith, a collection of sayings ascribed to the Prophet Muhammad. I was taught that Islam sets us apart from the rest of the world, the world of non-Muslims. We Muslims are chosen by God. They, the others, thekaffirs, the unbelievers, are antisocial, impure, barbaric, not circumcised, immoral, unscrupulous, and above all, obscene; they have no respect for women; their girls and women are whores; many of the men are homosexual; men and women have sex without being married. The unfaithful are cursed, and God will punish them most atrociously in the hereafter. When my sister and I were small, we would occasionally make remarks about nice people who were not Muslim, but my mother and grandmother would always say, "No, they are not good people. They know about the Koran and the Prophet and Allah, and yet they haven't come to see that the only thing a person can be is Muslim. They are blind. If they were such nice and good people, they would have become Muslims and then Allah would protect them against evil. But it is up to them. If they become Muslims, they will go to paradise." There are also Christians and Jews who raise their children in the belief that they are God's chosen people, but among Muslims the feeling that God has granted them special salvation goes further. About twelve years ago, at age twenty-two, I arrived in Western Europe, on the run from an arranged marriage. I soon learned that God and His truth had been humanized here. For Muslims life on earth is merely a transitory stage before the hereafter; but here people are also allowed to invest in their lives as mortals. What is more, hell seems no longer to exist, and God is a god of love rather than a cruel ruler who metes out punishments. I began to take a more critical look at my faith and discovered three important elements of Islam that had not particularly struck me before. The first of these is that a Muslim's relationship with his God is one of fear. A Muslim's conception of God is absolute. Our God demands total submission. He rewards you if you follow His rules meticulously. He punishes you cruelly if you break His rules, both on earth, with illness and natural disasters, and in the hereafter, with hellfire. The second element is that Islam knows only one moral source: the Prophet Muhammad. Muhammad is infallible. You would almost believe he is himself a god, but the Koran says explicitly that Muhammad is a human being; he is a supreme huHirsi Ali, Ayaan is the author of 'The Caged Virgin', published 2008 under ISBN 9780743288347 and ISBN 0743288343.