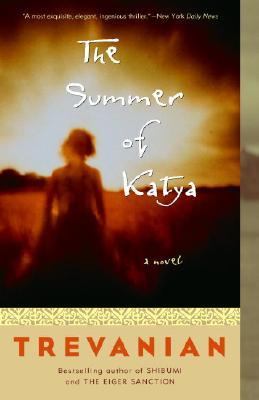 salies-les-bains: august 1938 Every writer who has dealt with that last summer before the Great War has felt compelled to comment on the uncommon perfection of the weather: the endless days of ardent blue skies across which fair-weather clouds toiled lazily, the long lavender evening freshened by soft breezes, the early mornings of birdsong and slanting yellow sunlight. From Italy to Scotland, from Berlin to the valleys of my native Basse Pyrenees, all of Europe shared an exceptional period of clear, delicious weather. It was the last thing they were to share for four terrible yearssave for the mud and agony, hate and death of the war that marked the boundary between the nineteenth and twentieth centuries, between the Age of Grace and the Era of Efficiency. Many who have described that summer claim to have sensed something ominous and terminal in the very excellence of the season, a last flaring up of the guttering candle, a Hellenistic burst of desperate exuberance before the death of a civilization, a final, almost hysterical, moment of laughter and joy for the young men who were to die in the trenches. I confess that my own memory of that last July, assisted to a modest degree by notes and sketches in my journal, carries no hint that I viewed the exquisite weather as an ironic jest of Fate. Perhaps I was insensitive to the omens, young as I was, filled with the juices of life, and poised eagerly on the threshold of my medical career. These last words provoke a wry smile, as only the conventions of language allow me to describe the quarter century I have passed as a bachelor doctor in a small Basque village as a "medical career." To be sure, the bright hardworking young man that I was had every reason to hope he was on the first step of a journey to professional success, although he might have drawn some hint of a more limited future from the humiliatingly trivial tasks he was assigned by his sponsor and patron, Doctor Hippolyte Gros, who emphasized his assistant's subordinate position in dozens of ways, both subtle and bold, not the least effective of which was reminding patients that I was indeed a full-fledged doctor, despite my apparent youth and palpable lack of experience. "Doctor Montjean will attend to writing out your prescription," he would tell a patient with a benevolent smile. "You may have every confidence in him. Oh, the ink may still be wet on his certificate, but he is well versed in all the most modern approaches to healing, both of body and mind." This last gibe was aimed at my fascination with the then new and largely mistrusted work of Doctor Freud and his followers. Doctor Gros would pat the hand of his patient (all of whom were women of a certain age, as he specialized in the "discomforts" associated with menopause) and assure her that he was honored to have an assistant who had studied in Paris. The widened eyes and tone of awe with which he said Paris were designed to suggest, in broad burlesque, that a simple provincial doctor, such as he, felt obliged to be humble before a brilliant young man from the capital who had everything to recommend himsave perhaps experience, compassion, wisdom, understanding, and success. Lest I create too unflattering a portrait of Doctor Gros, let me admit that it was kind of him to invite me to be his summer assistant, as I was fresh out of medical school, penniless, without any prospects for purchasing a practice, and burdened by a most uncomplimentary report of my year of internship at the mental institution of Passy. However, far from showing Doctor Gros the gratitude he had a right to expect, I courted his displeasure by confessing to him that I considered his area of specialization to be founded on old wives' tales, and his profitable summer clinic to be little more than a luxury resort for women with more leisure than common sense. In sharing theseTrevanian is the author of 'Summer of Katya', published 2005 under ISBN 9781400098040 and ISBN 1400098041.