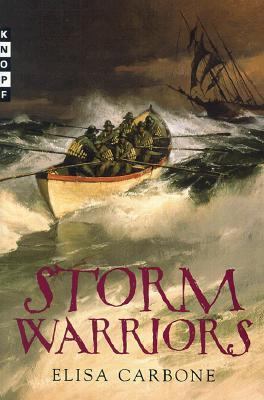 ONE It's things we ran away from that got us here, and now there's no place farther out to run except the wide, rolling Atlantic Ocean. December 27, 1895 Dripping. That's what got my attention first. Cold water dripping right on my face while I was trying to sleep, two nights after Christmas and just four days after Grandpa and I had climbed up on the roof and done what we'd thought was a good patching job. Dripping, and the wind whistling through the cabin like it was a harmonica, then the sound of Daddy crashing in through the door, and the smell of burning fish oil as he lit the lamp and stood over me in its yellow glow. "Get dressed, Nathan," he said. "A schooner's run aground." Beside me in bed, Grandpa grunted, rolled over, and pulled the blankets off me. "I guess that means he's not coming," I said sitting up. "Let the old man sleep," Daddy said. I was already dressed. The storm had chilled the cabin too much for me to get undressed the evening before. I pulled on the heavy slicker and rain hat Mr. Etheridge had given me when the surfmen got new ones in the autumn. I was surprised when we stepped outside to find the rain easing up and the stars peeking out between the clouds. Daddy suggested the privy. No sense pissing in the bushes when a gust of wind could blow the wrong way and make a mess of things. I ran ahead of Daddy, and the wet sand about froze my bare feet. "They'll need help with the beach cart," I called over my shoulder. Daddy's voice was swallowed in the wind, but he probably said that he's catch up. In the dark up ahead, I could see the Coston flare, the signal from the Pesa Island surfmen to the stranded ship that help was on its way. Offshore, to the north, was the faint glow of a lanternfrom the troubled ship, no doubt. The men from the Pea Island stationall seven of themwere already pulling the beach cart toward the wreck. Its wooden wheels creaked as it rolled through the deep sand, and its contentsthe Lyle gun, the faking box filled with rope, the shovels, pickax, sand anchor, and breeches buoyall jostled and rattled in the big open wagon. I grabbed hold of a haul rope and my muscles to theirs. "Will you look at what the cat dragged in, "said Mr. Bowser between panting breaths. Benjamin Bowser was the number-one surfman-first in rank after Mr. Etheridge, the keeper. He was tall and lanky, with hallowed-out cheeks and a bushy black mustache. I grinned at Mr. Bowser. "Can I light the fuse for the Lyle gun?" I asked, knowing no one would let me. "You hush and just pull", said Mr. Meekins sharply. Theodore Meekins was the widest of the crew, with hands like baseball mitts and serious, dark eyes. My face went hot when he reprimanded me. He was right. With a crew of men, and maybe even the captain's wife and children clinging to the grounded ship, I had no business jabbering like a fool. I tipped my head down and pulled with all my strength. Daddy joined us on the other side of the cart. Over our heads, the clouds parted and stars glittered. To our right, the ocean thundered, inky black except for the white strips of the breakers and a dancing streak of light where the moon caught the waves. The stiff west wind whistled in my ears and turned my cheeks and hands icy cold. When we reached the wreck, I could see the outline of a three-masted schooner. She was maybe two hundred yards from shore, lying on her side with her sails torn away. She tossed with each wave as if she was trying to free herself from the shoal but couldn't. On her slanting deck, I counted seven dark forms-Carbone, Elisa is the author of 'Storm Warriors', published 2001 under ISBN 9780375806643 and ISBN 0375806644.

5 from $5.25
Loading marketplace prices 5 copies from $5.25 How does the rental process work?
View more