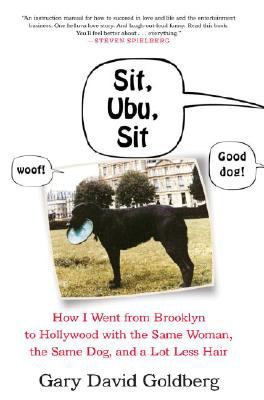 Chapter One We're walking down the street in Athens and it's hot. Like in the Iliad hot. There are three of us. Me, Diana, and Ubu, our Labrador retriever. We've been hitchhiking around the world for ten months now, and we're trying to make our way back up to Brussels to catch a student flight over to America. Ubu, who prides himself on never having been on a leash, walks a few paces ahead. He has his big city face on. "Don't try to pet me. Don't tell me how cute I am. We're on official business." Actually, we're on our way to the Red Cross to give blood. We're completely out of money and we'll be getting ten dollars, a glass of orange juice, and a shower. Diana, who is four months pregnant and will not be giving blood, will get the orange juice and the shower. She's excited. She can't believe she's going to get fresh juice. I can't believe we're going to get ten bucks. The Red Cross building looks more like a souvlaki stand, but judging by the crowd gathered out in front, today's "shower-juice-American-money combo" is turning out to be a real winner. We recognize a lot of the faces from around town. The American Express office, Syntagma Square. Everyone in their early to mid twenties. Brightly dressed and covered in bangles and beads. Could be a casting call for Hair. They welcome us into the line and we all smile, hug, do the peace sign, nod and mumble some "hey mans," and offer each other fruits and nuts. I've come to really love and admire this floating community of gentle people we've become a part of. Wherever we've gathered, from Amsterdam to Istanbul, everyone's been open and extremely generous. Willing to share everything they have, down to the very last grain of brown rice. As we get closer to the Red Cross building, I may be imagining it, but I can swear I hear moaning coming from inside. Diana gives my hand a squeeze. "You're tough. You can do this." I'm surprised she thinks I can be so easily manipulated. And, disappointed in myself when I realize that it's working. We edge our way forward, but at the front door we're stopped and told that Ubu has to wait outside. Though not happy, Ubu takes this in stride. On some level he was expecting it. With a big yawn of disapproval, he lies down obediently. But, then at the very last moment, he sticks one paw defiantly back into the room. He's becoming passive aggressive. I make a note to talk to him about this. The nurse, a fortyish woman, is like every other Greek person we've ever met, unfailingly friendly and sweet. Her English is equivalent to my Greek and we quickly realize we have no idea what we're saying to each other. It doesn't matter. We're young. We're in Greece. And I'm about to give blood in a souvlaki stand. Diana gives my hand another squeeze. She really wants that juice. We move farther into the room and I'm seated now on a little cot. I'm next in line and the guy in front of me, who's being poked at the moment, is not very happy. I hear him shout "merde" several times and, even though I flunked French twice in college, I know what that means. The guy's becoming more agitated by the moment, and, amazingly, his coloring is beginning to resemble that of the Greek flag--blue on a white background. He begins screaming in a language that I'm pretty sure is French, bearing in mind that I did flunk it twice, and he's speaking rapidly, and I think he wants to know, "Where is the train station?" For the first time, the idea of me fainting rears its ugly head. The fact that it's 115 degrees in this room and smells like we're inside a diesel engine is not helping. Diana gives me a little kiss for comfort. "You'll be fine." When I regain consciousness, I'm on a blanket out in the alley. Ubu is there with me, as is Diana. Ubu gives me his "you're still my guy" look and a little lick. Diana gives me the same look wiGoldberg, Gary David is the author of 'Sit, Ubu, Sit', published 2008 under ISBN 9780307394187 and ISBN 0307394182.