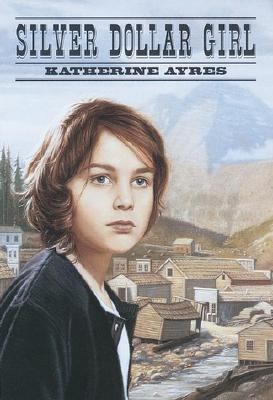 1 A Heart of Gold At the landing, halfway up the front stairs, Valentine Harper stopped to study the bright patterns of light spilling onto the window seat from the stained-glass window above. Shifting her schoolbooks from her right arm to her left, she turned and climbed to the second-floor hall. Near the top, she stopped again. Something felt wrong. Bridget always closed the doors after she straightened the beds, but that afternoon Vallie's bedroom door stood open. Harold must have invaded her room again. She ran along the hall and charged into her room. The white spring coverlet on the bed lay as crisp and smooth as one of Bridget's aprons. And Harold, sneaky as a weasel, couldn't smooth sheets worth spit, which meant he hadn't put something nasty in her bed again. She dropped to her knees and peered underneath but saw only polished pine floor. In the clothes cupboard Vallie saw more signs of Bridget's careful work--clean dresses were hanging from their usual pegs and starched petticoats were lined up in a row. Nasty Harold hadn't messed here today either. Once he'd tied her pantalets in knots. The dresser, washstand, rocking chair and bookshelf all seemed in order and untouched. Then something caught Vallie's eye. One of the curtains that surrounded the window seat was bunched up. As Vallie stepped closer she noticed strips of shimmery blue cloth and little bunches of white fluff stuck to the green velvet cushion. Oh, no, she thought as she shoved aside the curtain. Back in one corner lay a misshapen lump. Vallie's stomach churned. That lump was her doll. Maria's painted china face still smiled, her bright blue eyes still looked out, but the rest of her! Her dark brown curls had been tugged and mussed. Her blue satin dress had been torn to ribbons, her lace petticoats shredded and her soft cloth body ripped until chunks of cotton stuffing poked out every which way. Vallie hugged Maria to her chest and squeezed her eyes to hold back the tears. The doll had come in the mail, a gift for her twelfth birthday. "She reminds me of you, Valentine, with her chocolate brown curls, her blue eyes and her smiling face," Papa had written from Colorado. "Something tells me this doll has a heart of gold, just as you do, Dear Daughter. Keep her with you always, your secret strength in times of trouble. Happy Birthday, my sweet." Vallie sniffed and examined Maria once more. Only the face and hands were undamaged--Harold hadn't smashed the china parts. That didn't make sense. She turned and studied her perfectly made bed. Of course, she thought. Wretched Harold had arranged this to look like the work of Mischief, the kitchen cat, just as he had with his filthy prank two weeks ago. The memory of that horrible night sent a shudder along her spine. At first, she'd not noticed anything unusual, not until she turned back the coverlet to crawl into bed and found a dead mouse on her pillow. Her scream had brought the entire household running to her room. Bridget arrived first, her green eyes flashing fire. Then Aunt Margaret, clutching her dressing gown, followed by Uncle Franklin, complaining about losing his night's rest for some flighty female he shouldn't have to worry about. Finally Harold showed up, with a sleepy, innocent look pasted over his face. He'd fooled Aunt Margaret and Uncle Franklin well enough, and poor Mischief had been locked outdoors for three days as punishment. Not this time. Tucking Maria under one arm, Vallie charged across her room and down the hall. Without stopping to knock, she shoved open Harold's door. "Well, hello, Cousin," Harold said from where he was sprawling comfortably on his bed. "What brings you to my room? Did you want to have a friendly chat?" "I'd sooner make friends with a copperhead. Why did you rip up my doll?" She shoved Maria right undAyres, Katherine is the author of 'Silver Dollar Girl' with ISBN 9780440417057 and ISBN 0440417058.

5 from $0.75
Loading marketplace prices 5 copies from $0.75 How does the rental process work?
View more