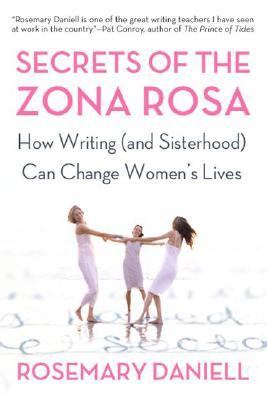 Preface You Are Now Entering the Zona Rosa What is the Zona Rosa? And what does it mean? These are the questions people ask me more often than any others. Since we in Zona Rosa were originally four women, getting together to talk about writing and life, on the surface it simply means the "feminine zone." Our name came from a quarter in Mexico City, reminding me when I first heard it of a name for a female rock group. But if you think for a minute, you realize that it indicates more, that the rosa has been a part of us from our beginnings. And if you look inside yourself, at your inner lips or even more intimate partsas many women did during the '70syou see that all women are created pink, with a special relationship to that color. "Always wear shades that occur naturally in the body," a makeup artist once advised, and pink is one of those shades, most notably in that organ Eve Ensler enshrined in The Vagina Monologues, and, even in the most repressive of times, through the sensuousness of a pair of full rosy lips, whether assisted or not by Tangee or Revlon. "I was shown around Tutankhamen's tomb in the 1920s. I saw this wonderful pink on the walls and the artifacts. I was so impressed that I vowed to wear it for the rest of my life," wrote mega-romance writer, Barbara Cartland. "Pink is the navy blue of India," declared Diana Vreeland, the famous editor of Vogue, who, when she became blind shortly before her death in 1989, said it was the result of looking at too many beautiful things. I, too, have had a lifelong romance with the terra rosa, just as I have had with experience, knowledge, and the letter Z. Each spring, the city of Savannah, where I live, and which I always describe in my writing as a woman, is blanketed in luscious pink azaleasand then there are their counterpoints, the pale crape myrtle, the aptly named fuchsia, the roses that live up to their name, the hydrangea turned roseate by a nail judiciously embedded in the soil beneath. In France, cherries are termed cerises, surely a prettier, pinker word. The Zona Rosa is six beautiful midlife women wearing pink ruffled bathing caps, swimming nude in a synchronized flower design in the south of that country. At Codolle, Paris's and perhaps the world's poshest lingerie atelier, proprietor Poupie Codolle has created petale de rose, "the most heavenly pink in the world," according to freelance writer Daisy Garnett, who willingly shelled out over 555 euros (or $629) for a bra made for her in that luxe tint. And isn't the soft pink cheek the part of a baby we want most to touch? Intuitionist Julia Griffin describes the heart chakra as a pink light, exuding beauty and love. Wouldn't Evebeing smart and a womanhave eaten the apple anyway, rosy globe that it was, hanging within easy reach, no matter the price, and even without the snake to egg her on? Pink is the opposite of fundamentalism of any kind, which would outlaw it if it could, and which finds that all the veils in the world can't subdue its charms. Yet there are still those, even among the enlightened, who would keep us naive, fear-bound, innocent of our strength, of our radiance within. "She writes about the labia-pink South," a well-known writer said, quoting a phrase from my work in the Washington Post, forgetting that it was in the rosa that his own book had been nurturednot to speak of the fact that he, like each of us, slid into this life out from between the slick pink walls of a woman gracious enough to give him birth. For while men may land on the moon, plot new and better ways to destroy one another, and generally strut their stuff, Norman Mailerstylenot admitting for a moment thatDaniell, Rosemary is the author of 'Secrets of the Zona Rosa How Writing (And Sisterhood) Can Change Women's Lives' with ISBN 9780805077803 and ISBN 0805077804.