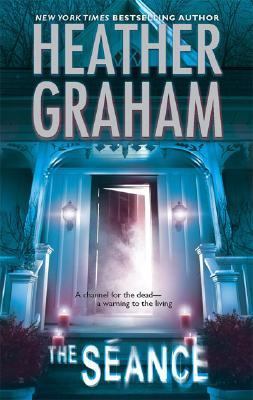 An autopsy room always smelled like death, no matter how sterile it was. And it was never dark, the way it was in so many movies. If anything, it was too bright. Everything about it rendered death matter-of-fact. Facts, yes. It was the facts they were after. The victim's voice was forever silenced, and only the eloquent, hushed cry of the body was left to help those who sought to catch a killer. Jed Braden could never figure out how the medical examiner and the cops got so blase about the place that they managed not only to eat but to wolf down their food in the autopsy room.Not that he wasn't familiar enough with autopsy rooms himself. He was, in fact, far more acquainted with his current surroundings than he had ever wanted to be. But eating here? Not him.This morning, it was doughnuts for the rest of them, but he'd even refused coffee. He'd never passed out at an autopsy, even when he'd been a rookie in Homicide, and he didn't feel like starting now. Even a fresh corpse smelled. The body, any body, released gases with death. And if it had taken a while for someone to discover the corpse, whether it was a victim of natural, self-inflicted or violent death, growing bacteria and the process of decay could really wreak havoc with the senses. But sometimes he thought the worst smells of all were those that just accompanied the business of discovering evidence: formaldehyde and other tissue preservers and the heavy astringents used to whitewash death and decay. Some M.E.'s and their assistants wore masks or even re-breathers, since the nation had become litigation crazy, some jurisdictions even required them. Not Doc Martin. He had always felt that the smells associated with death were an important tool. He was one of the fifty percent of people who could smell cyanide. He was also a stickler; he hated it when a corpse had to be disinterred because something had been done wrong or neglected the first time around.There wasn't a better man to have on a case. Whenever a death was suspicious, there had to be an autopsy, and it always felt like the last, the ultimate, invasion. Everything that had once been part and parcel of a living soul was not just spread out naked, but sliced and probed. At least an autopsy had not been required for Margaritte. She had been pumped full of morphine, and at the end, her eyes had opened once, looked into his, then closed. A flutter had lifted her chest, and she had died in his arms, looking as if she were only sleeping, but truly at rest at last. Doc Martin finished intoning the time and date into his recorder and shut off the device for a moment, staring at him. He didn't speak straight to Jed, though. He spoke to Jerry Dwyer, at his side. "Lieutenant. What's he doing here?" Inwardly, Jed groaned. "Doc" Jerry murmured unhappily. "I think it's his 'conscience.'" The M.E. hiked a bushy gray eyebrow. "But he's not a cop anymore. He's a writer." He managed to say the word writer as if it were a synonym for scumbag. Why not? Jed thought. He was feeling a little bit like a scumbag this morning. Doc Martin sniffed. "He used to be a cop. A good one, too," he admitted gruffly. "Yeah, so give him a break," Jerry Dwyer told him. "And he's got his private investigator's license, too. He's still legit." This time Martin made a skeptical sound at the back of his throat. "Yeah, he got that license so he could keep sticking his nose into other people's business, so he could write about it. He working for the dead girl? He know her folks? I don't think so."Graham, Heather is the author of 'Seance ', published 2007 under ISBN 9780778324652 and ISBN 0778324656.