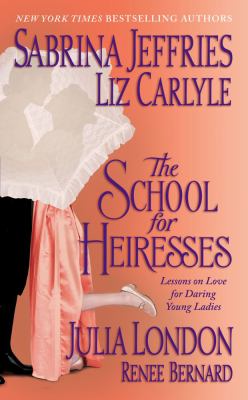 From T EN R EASONS TO S TAY by Sabrina Jeffries One The new Earl of Monteith, Colin Hunt, had been in possession of Chaunceston Hall less than a day and already trouble was afoot. Surrounded by unpacked boxes, Colin watched through his study window as a cloaked form darted across the lawn to slip into the stable. It was after midnight; none of the servants he'd hired in London should be about. And since the stable was filled with prime horseflesh he'd purchased at Tattersall's earlier this week . . . Confound these English thieves to hell! Unearthing his pistol from a box, he loaded it and shoved it into the waistband of his trousers before hurrying into the hall. Why wasn't some groom outside guarding the stable? Because this wasn't India, of course. In Colin's home country of twenty-eight years, the weather was so balmy that a syce could sleep across the stable doorway very comfortably. But here in England, no sane man slept outdoors in such weather. Grumbling to himself about the brutal English winter, he donned his heaviest wool surtout, lit a lantern, and headed out. The gust of icy wind that greeted him made him swear vilely. He missed the hot Poona days, the sultry Calcutta nights, where a man could lie naked in his bed and still be comfortable. A wave of homesickness swept him. He missed spicy pickles and cinnamon-scented tobacco and jackal hunts with the localjemadarand other fellows from the native infantry. . . . Who would just as soon slip a knife in his back as breathe. Colin sighed. He didn't missthat, the suspicions and spying, the petty grievances that erupted into violence, the ever-present threat of marauding bandits, of mutinies and rebellions. Of women cowering beneath the sword -- He shuddered. No, there was nothing left for him in India, no reason to stay where the persistent memories of his wife's slaughter at Poona could torment him. He wanted peace, and he'd hoped to find it in the sleepy English countryside. This wasn't a promising start. It was only his first night at the Devon estate he'd inherited from his late, unlamented grandfather, and already the local rogues were robbing him. But they were in for a surprise. Half-Indian or no, he had every right to live here, and they would soon learn that he meant to hold on to what was his. With that resolve beating in his breast, he slid open the stable door. At first he could see nothing, just his new Cleveland Bays sleeping in their stalls. But the faint acrid scent of a recently snuffed candle hung in the air, proving that the cloaked figure probably still lurked here. He swept his lantern in a wide arc, then came back to where his pride of purchase, a chestnut Arabian, stood wide-awake. She was saddled and ready, with a cloth sack slung over the pommel. His temper flared. "Come out now, whoever you are!" Colin demanded, setting the lantern on a hook. "If you force me to go stall by stall to find you -- " "No need for that, sir," said a decidedly young voice as a short figure emerged from the stall. Colin glimpsed riding boots and breeches before the fellow shrank into his voluminous cloak like a turtle into its shell. "Beg pardon, but I didn't mean to wake you. I was just seeing to the horse." "Seeing to stealing it, you mean." "No!" The lad's head jerked up, though the hood of his cloak still shielded his face. "I-I merely wish to borrow it. I know the owner personally, and I assure you he'd happily loan it to me if he were here." Colin didn't know whether to laugh at the bold devil or shoot him. "That, too, is a lie." "Honestly, sir, the owner's wife is a good friend of mine." "That's impossible." Furious that this thief persisted in his pretense, Colin slid his hand inside his surtout to grasp his pistol. "The owner'Jeffries, Sabrina is the author of 'School for Heiresses', published 2006 under ISBN 9781416516118 and ISBN 1416516115.