by Adler, Elizabeth A. 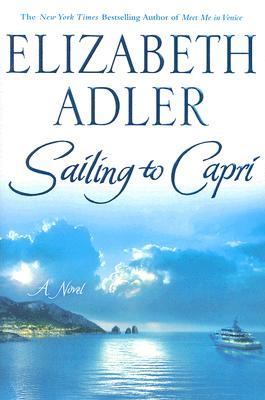 by Adler, Elizabeth A.

Part One The Mystery Begins at Sneadley Hall, Yorkshire, England No man is ever rich enough to buy back his past. Oscar Wilde Chapter One Daisy Keane It's snowing, great white starry flakes that cling to my red hair like a tiara on a princess for all of a minute, before melting and running in icy drops down the back of my neck. My mother, who was a stickler for proper behavior for young ladies, would have said it was my own fault, I should have worn a hat to the funeral out of respect for the dead. Of course she was right, but since I don't possess a hat, at least not one suitable for a funeral, I'd decided to do without. So now here I am, standing with a small crowd of mourners at the graveside of Robert Waldo Hardwick, modern mogul, maker and loser of several fortunes and the proud winner of a knighthood, bestowed on him by Her Majesty the Queen, making him unto eternity, I suppose, Sir Robert Hardwick. We are outside the Gothic, gray-stone church in the village of Lower Sneadley, Yorkshire, England. It's a freezing cold April afternoon, with the wind whipping across the Pennines, chilling the blood of those of us who are still amongst the living. At least we assume we are, because by now all feeling is numbed. Even Bob's dog, a small, stocky Jack Russell crouched next to me on his lead, looks frozen into stillness. He doesn't even blink, just stares at the hole in the ground. Shivering, my heart goes out to him, and to the poor Bronte sisters who lived in an icy parsonage in just such a village as this, not too many miles away. When I think of them on cold, candlelit nights, of their poor, chapped little mittened hands desperately scribbling down the thoughts that became their famous novels, I can only wonder at their stamina. Looking at my small crowd of fellow mourners I know most of them are asking themselves what am I, Daisy Keane, a thirty-nine-year-old American lass, doing at the funeral of a Yorkshire tycoon? I feel their curious sideways glances but I keep my eyes steadfastly on Sir Robert's velvet-draped coffin, pretending to listen to the vicar's final thoughts and prayers. Why, I ask myself, couldn't the vicar have gotten this over with inside his almost-as-icy church? Isn't he aware there's a spring blizzard blowing and that we are all slowly freezing? I feel the tears sliding down my cheeks. Selfishly, I'm so cold that for a moment I've forgotten why I'm here. And no, it's not for Bob's money. I'm prepared to work for my living and I've no need for handouts from the rich. Which is exactly what I told Robert Hardwick the first time I met him, though then it wasn't exactly the truth. It was at a cocktail party, one of those society events in London where everybody knew everybody else. Except for me. I didn't know a single soul. What's more, looking around I wasn't sure I even wanted to know them. The men were Savile Row suited, hair brushed smoothly back in that British old-schoolboy way, rich and talking business so they might get even richer. And the women were older trying to look younger, dressed too sexily by Cavalli and Versace, busy gossiping about women who were not there. Bitches, I thought, snagging a second glass of dreadful white wine and a peculiar canape consisting of a tiny pea pod filled with what looked like brown crabmeat. Starving though I was, I sniffed it suspiciously. "It's curry," a voice said from behind my left shoulder. "And I don't recommend it." I swung arouAdler, Elizabeth A. is the author of 'Sailing to Capri ', published 2007 under ISBN 9780312339661 and ISBN 0312339666.