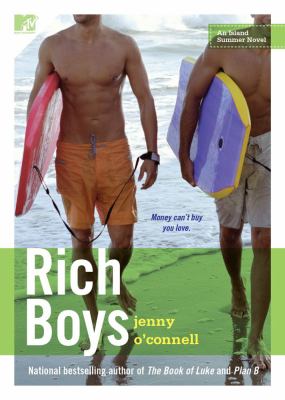 Chapter 1 I don't play tennis with Jessie anymore. Not since last summer, when she asked me tojust hit it around,and I naively believed she meant we were simply going to volley the ball back and forth over the net, not that I'd get a forehand to the stomach and end up doubled over gasping to catch my breath. Jessie immediately ran over and apologized profusely (she jumped over the net, which, even though I was nearly suffocating, still impressed me), but that was the end of our match. So now the closest I get to Jessie on the court is the sidelines, not so much because she's so good, which she is, but because she is so much better than me. And as much as I hated getting hit with a ball going sixty miles per hour, I hated losing even more. "Come on, just one game?" Jessie begged, bouncing the ball against alternating sides of her racquet head. She was between clinics, so we had an hour to kill before her afternoon program. Even after only a week of teaching junior clinics at the Community Center, Jessie was dark, her legs and arms a warm toffee color compared to my mid-June pallor. The thing was, no matter how dark Jessie's skin got, and by the end of the summer she was darker than even the girls who loyally fake-baked at the Sun Tropez, Jessie's hair was always the same color. Almost black. Not a single highlight, no streaks from the sun. Just a solid mass of black curls pulled back into a ponytail, so dark and shiny the color reminded me of licorice jelly beans, which I always thought looked out of place in my pastel-colored Easter basket and always traded with Shelby for the purple, grape-flavored ones. My hair, on the other hand, ended up pale honey blond by the end of the summer, which looked great with a tan. But when my regular old dirty blond started growing in around October and there was no sun and salt air to provide a little assistance from Mother Nature, I had to turn to a bottle to ease the transition to my winter shade of blah. I shook my head even as Jessie gave me a look that pleadedpretty please."I didn't bring my protective gear." Jessie rolled her eyes at me. "Well, you'd better remember to bring some tomorrow. You're going to need it." "I think I can handle a few kids on the beach. Besides, who are you to talk? You just spent three hours teaching a group of ten-year-olds how to rush the net." "Yeah, but they get out of line, and whack." Jessie let the ball fall to the ground, bounce once, then smacked it away with a killer backhand. Even without her trying, it skimmed over the net and slid down the right side of the court, just inside the tape. She'd made the varsity tennis team our freshman year, all thanks to that backhand. "If I need your disciplinary skills, I'll be sure to call," I said. Jessie had started teaching junior tennis clinics at the Chilmark Community Center last week, which is why every afternoon I'd come by before her afternoon session to hang out. My complete and total boredom. But today was my last day of unemployment, because tomorrow I started work at the Oceanview Inn, as a camp counselor for the chil- dren's program. "Better you than me," Jessie sighed, looking around for another ball. She taught at the center because it gave her an excuse to hit the court every day, not because she relished explaining the concepts ofloveanddeuceandtopspinto a bunch of kids who'd rather be at the beach or at their summer homes playing their Xboxes. "You hear from Shelby?" "Yeah," I said, then waited while she dug a faded yellow ball out from behind the chain-link fence and resumed bouncing. "She said she doubts there'll be enough time to come home this summer, but she'll try." Shelby attended the Boston Culinary Institute, turning what had begun as a coping mechanism into an actual vocation. Shelby's obsession with baking had gone into overdrive the summer after her ill-fated and short-lived freshman year aO'Connell, Jenny is the author of 'Rich Boys' with ISBN 9781416563365 and ISBN 1416563369.