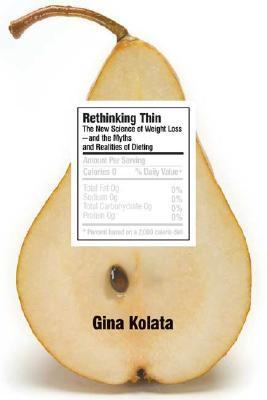 Prologue Three obesity researchers were having breakfast at a medical meeting in Charleston, South Carolina, a few years ago when their talk inevitably turned to the Atkins diet. It had reached a new peak of popularity, and they were simply annoyed with the diet and the whole low-carb movement. It just irked them that this seemingly irrational way to lose weight, this seemingly unhealthy, if not dangerous, diet scheme, was being hailed as the secret to effortless and permanent weight loss. The whole Atkins movement was built on testimonials, they groused. "We kept saying, 'Nobody has any data,'" said Gary D. Foster, who was the clinical director of the weight loss center at the University of Pennsylvania. Finally, the three decided, Why not do a study? They had not applied for funds, but they were curious enough to do some research anyway. "It would be quick and dirty," Foster remarked, just a brief look at whether the Atkins diet had any value. The three fully expected to discredit it, showing it was no better, maybe even worse, than traditional diets for weight loss, and dangerous to boot. They just knew that the diet was going to do something awful to cholesterol levels and that people who followed it were going to be risking a heart attack. And, they slowly realized, they also would be asking a question that, amazingly enough, had never been asked in a rigorous way: Is one diet any better than another? You might think that with all the years, all the decades, of obesity research, the answer would be obvious. It's a question that, of course, would have been well studied. But you would be wrong. That question, that fundamental question, had just been left dangling. And so it began, the first attempt to compare the Atkins diet with something more traditional, the standard low-calorie, low-fat diet beloved of academic weight loss clinics. The study took place at three medical centersthe University of Pennsylvania, the University of Colorado, and Washington University in St. Louisand was directed by the three doctors who conceived it. It was small, involving just sixty-three obese men and women, people whose average weight was 216 pounds. And it lasted for one year. The subjects were randomly assigned to follow the Atkins dietthe researchers handed them the book Dr. Atkins' New Diet Revolutionor to follow a diet and behavior modification plan written by Kelly Brownell, a Yale psychologist who publishes an earnest textbook-like manual called The LEARN Program for Weight Management. "We picked LEARN because it is the most frequently used manual [at weight loss centers]," Foster explained. "It is the gold standard for weight loss and behavioral weight control." No one could have been more surprised than these researchers when they saw the results. The Atkins diet, they discovered, seemed better than the usual diet program, at least for the first six months; the subjects' weight loss, an average of 7 percent of their body weight, was twice as good as with the low-calorie diet. Granted, no one lost much weight, and granted, 40 percent of each group dropped out, and granted, by the time a year was up, the two groups were about equal in their total weight loss and almost everyone in either group who lost weight had regained most of it. The Atkins dieters ended up, on average, losing 4.4 percent of their body weight, or about 91/2 pounds, and the low-calorie dieters lost about 2.5 percent, or about 51/2 pounds, but the difference between the groups was not statistically different. Still, the Atkins diet, to the investigators'Kolata, Gina is the author of 'Rethinking Thin The New Science of Weight Loss--and the Myths and Realities of Dieting', published 2007 under ISBN 9780374103989 and ISBN 0374103984.

9 from $0.30
Loading marketplace prices 9 copies from $0.30 How does the rental process work?
View more