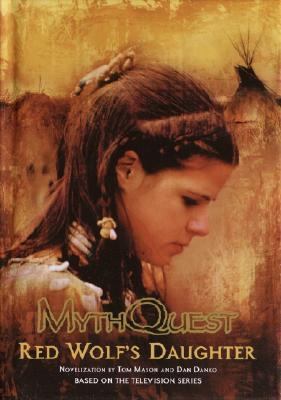 Chapter One Cleo Bellows rolled her wheelchair through the crowded cafeteria. She cut left around one girl, then grabbed the right wheel of her chair and twisted around a boy who bolted out from nowhere. She was almost in the clear when a lanky boy turned from the lunch line and nearly doubled over Cleo's lap. He teetered to the left and grabbed his milk, but sacrificed his chocolate cake. It fell to the ground, icing down, of course. "What're you, blind?" David grumbled at Cleo, examining the tragedy that had once been his tasty dessert. "Who said that?" Cleo asked, reaching her hands out, searching the air. David leaned over and picked up his cake off the ground. Dirt and hair were stuck to the frosting. "So what am I going to do about dessert?" David asked. "What? What?" Cleo cupped her hand to her ear, pretending to be deaf. She slowly rolled away, one hand still nestled against her lobe. "Was someone there? Hello? Anybody?" David watched Cleo roll away. He certainly loved chocolate cake, but he smiled. Cleo wasn't so bad on the eyes. "Dear Dad." Cleo typed the two words into a new e-mail, then stopped. She stared at them and for a moment wondered why she had typed them at all. How long had her father been missing? Long enough for Cleo to have trouble remembering his face or the sound of his voice. She didn't forget often, but when she did, a chill raced down her spine. Cleo rested her chin in her hand and collected her thoughts. Her brown hair hung down the side of her face and covered her long, artistic fingers. Emotions swirled behind brown eyes, and she immediately went back to typing to fight back tears. Sitting in her father's den, working on his computer, made her feel closer to her dad--and more far away. "Things are starting to get really complicated. Mom says I should get out more, be like other kids, but what she doesn't get is that I like hanging out by myself." Cleo stopped again. She lightly tapped the keys, taking a moment to plot her course. "You always got that about me." She continued typing. "I still miss your bedtime stories, even though I'm way too old for them. And I won't stop looking for you until I can hear them again. I know you're not going to receive this, but, love forever. Cleo." She finished her e-mail, quickly addressed it to "DAD@WHO_AM_I_KIDDING.COM," read over it a final time, then hit Delete. The message instantly disappeared, with no trace that it had ever existed--just like her father. Cleo stared at the large plasma screen mounted to the wall. Before she had decided to type her e-mail, she had been wandering up and down the various corridors of the CyberMuseum, searching for clues, but mostly killing time until her brother, Alex, got home. Her father had entered digital scans of hundreds of artifacts into the computer and stored them here, in a virtual museum. She picked up her search where she had left off: the Plains Indians room. Cleo was certainly frustrated. She was one of the top students at her school, so why couldn't she find anything in the CyberMuseum that would help her locate her father? She ran her fingers through her hair and sighed. One thing she and Alex knew for certain: Something amazing had happened to the CyberMuseum that made it a portal into myths. By touching an artifact from any era, she or Alex, or anyone, could travel into a myth and assume the role of one of its key players. Alex had already been Theseus and battled the Minotaur, and Vali, the son of the Norse god Loki. The adventures were real and sometimes all too dangerous. That was what must have happened to their father. He had, probably unwittingly, gotten lost in a myth. He had touched something in the CyberMuseum that began his adventure, and if Cleo and Alex could just find that artifMason, Tom is the author of 'Red Wolf's Daughter' with ISBN 9780553130225 and ISBN 0553130226.