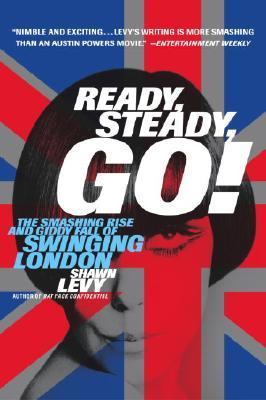 A Cloud of Pink Chiffon The story of David Bailey's early life and career would come to sound a cliche: Scruffy East End (or maybe northern) boy aspires to a field normally reserved for the posh and sets the world on its ear without bending his personality to fit the long-established model. But like the jokes in Shakespeare or the Marx Brothers, it was only familiar because it was repeated so often from the original. All the pop stars, actors, dressmakers, haircutters, club owners, scenesters, satirists and boy tycoons who exploded on the London scene in the early sixties did so after Bailey, often in his mold and almost always in front of his camera. Before mod and the Beat Boom, before Carnaby Street and the swinging hot spots of Soho and Chelsea, before, indeed, sex and drugs and most of rock 'n' roll there were the laddish young photographers from the East: Bailey, Brian Duffy and Terence Donovan, "the Terrible Three" in the affectionate phrase of Cecil Beaton, an iconoclastic snapper of another age whose approval of the new lot made it that much easier for them to barge in on what had been a very exclusive and sedate party. The trio--and a few others who came along in the rush--dressed and spoke and carried on as no important photographers ever had, not even in the putatively wide-open worlds of fashion magazines and photojournalism. They spoke like smart alecks and ruffians, they flaunted their high salaries and the Rolls-Royces they flashed around in, they slept with the beautiful women who modeled for them, they employed new cameras and technologies to break fertile ground in portraiture and fashion shoots. They were superstars from a world that had previously been invisible, perhaps with reason. "Before 1960," Duffy famously said, "a fashion photographer was somebody tall, thin and camp. But we three are different: short, fat and heterosexual." Duffy could enjoy such self-deprecating boasts because, recalled Dick Fontaine, who tried to make a documentary about the trio, "He was really the kind of architect of the guerilla warfare on those who control the fashion industry and the press." But it was Bailey who would bring the group their fame and glory. Bailey was the first bright shiny star of the sixties, a subject of jealous gossip, an inspiration in fashion, speech and behavior, an exemplar of getting ahead in a glamorous world, and, incidentally, the great, lasting chronicler of his day. Bailey was born January 2, 1938, in Leytonstone, east of the East End, a block over, he always liked to brag, from the street where Alfred Hitchcock was born. When Bailey was three, the family home took a hit from a Nazi bomb and they relocated to Heigham Road, East Ham, which was where Bailey and his younger sister, Thelma, were raised. Their father, Herbert, was a tailor's cutter and a flash character who dressed nattily, ran around on his wife and like to have a roll of fivers at hand; his wife, Gladys, kept house but also worked as a machinist, especially after Bert finally split on her. The family wasn't rich, but they were comfortable--they were among the first people in the block to have a telephone and TV set, and Bailey was made to dress smartly, to his chagrin ("What chance have you got in a punch-up in East Ham wearing sandals?" he later sighed). But they weren't entirely free of money worries, and one of their ways of dealing with them was, to Bailey, a blessing: "In the winter," he recalled, the family "would take bread-and-jam sandwiches and go to the cinema every night because in those days it was cheaper to go to the cinema than to put on the gas fire. I'll bet I saw seven or eight movies a week." Bailey fell, predictably enough, under the spell of rugged (and mainly American) actors at around the same time that his parents' marriage was foundering. But Bert Bailey was nonetheless a little woLevy, Shawn is the author of 'Ready, Steady, Go! The Smashing Rise and Giddy Fall of Swinging London', published 2003 under ISBN 9780767905886 and ISBN 0767905881.