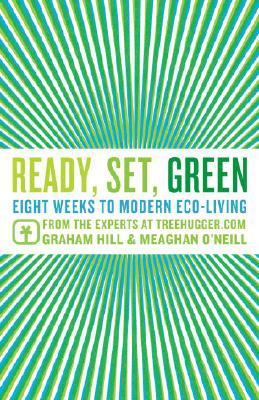 Chapter 1 1 The Future Is Green WHAT YOU CAN DO Look out your window. What do you see? A paved street and electrical wires? Meadows and birds? A farm full of cows? Whatever surrounds you, that's the environment. And whether it was created by Mother Nature or the municipal works department, humans aren't separate from it. Just as hurricanes, floods, and tornadoes have an effect on our well-being, we have an effect on nature, polluting water via our factories and homes, reducing mountains to piles of coal that we burn for energy, packing landfills with our used-up cars and electronics packaging. Luckily, it turns out we also have the power to clean up after ourselves. At TreeHugger.com, the website dedicated to modern green living, we believe that cutting-edge ideas, technology, and design-and, more important, people with the right attitude-can help save the environment. This book was conceived to help readers develop an understanding of existing eco dilemmas, and to empower them to help reverse the problems. We don't have all the answers; no one does. But we believe that individuals do have the power to "green" the planet. Your dollars count. Your vote counts. Your actions count. And when millions of people do the right thing, it can have a serious impact. A BRIEF HISTORY OF ENVIRONMENTALISM In the mid-eighteenth century, the industrial revolution changed life as humans knew it. Local economies that produced and sold goods made primarily from biodegradable parts gave way to economies of mass- produced items that could be shipped all over the world. It was a time of great achievement and hope, but also of great innocence and ignorance-when people could not fathom that natural resources could someday become scarce or even dry up altogether. By the late 1800s and early 1900s, the need for land conservation became apparent to people such as John Muir and President Theodore Roosevelt, the latter of whom set aside more land for national parks and nature preserves-194 million acres by 1909-than all his predecessors combined. It wasn't until the 1960s, however, that the modern environmental movement was born. Utopian idealists dreamed of living off the land and sticking it to the man. Their goals were lofty, but extremists pushed the movement to the fringe. At the same time, environmentalism became fragmented. Various factions debated the value of the natural environment and its relationship to human progress: Does nature exist to serve humankind, or vice versa? Does man have an ethical obligation to protect nature? If so, should he do so for his own benefit, or should he preserve nature for its own sake? Today these questions have become scientific and economic queries about biodiversity, human health, and natural capital. Because we now know that we are depleting and polluting our most essential raw materials-such as water, forests, petroleum, and clean air- environmentalism has taken on a new personality in the twenty-first century. We've arrived at a point where philosophical and political issues can be put aside. We know scientifically that we must collectively come together to rethink the way things are done. To our credit, we've tackled other eco challenges: When scientists told us that the ozone layer-the part of the atmosphere that protects the Earth from the sun's harmful UV rays-was being depleted, humans stepped up to the plate and developed solutions to the problem. We can do the same for global warming. Whether you've picked up this book for altruistic, ethical, or scientific reasons almost doesn't matter. You are part of a critical mass that is shaping the new wave of do-it-yourself environmentalism into a grass-roots social movement that has little to do with baggy hemp pants and tofu and everything to do with intelligent modern living. The next industrial revolution-when the interests of technology, ecology, and commerce overlap-has alreadyHill, Graham is the author of 'Ready, Set, Green' with ISBN 9780345503084 and ISBN 0345503082.