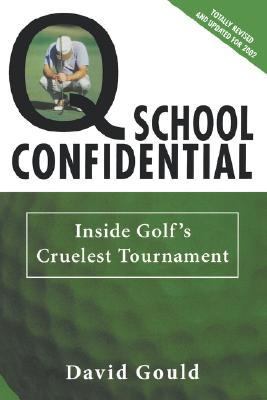 Chapter 1: Play Scratch, Feel the Itch I could not have known it at the time, but the dramatic heart of this book began beating on the first tee of the Woodland Golf Club during opening round play of the 1973 Massachusetts Open. Banners hung from the old club's iron gates and two tone Coupe de Villes idled on the entrance road as our 12:48 P.m. group commenced play. Two balls rested far down the fairway, waiting for a third contestant, the blond, blocky club pro who was my boss and my sometime hero, to hit his drive. Beside me in the shade stood his green and white staff bag, which carried a set of MacGregor MTs and the name "Mike Smith" in a hopeful flourish of black script. Having already gone 18 holes in the third pairing of the morning (I caddied for an amateur who had shot 73), my legs and feet tingled with fatigue. The starter, who had announced my amateur's name six hours earlier and was still manning his post, sounded a bit weary himself. But Mike was brimming with energy. Fidgeting, you might even say. I watched him crunch his shoulder blades together and sweep a few ribbons of hair across his forehead, where pebbles of perspiration had recently emerged. Jitterbugging between the tee markers, he squinted at the fairway and the treelines pinching it. His small but ape strong hands traveled along the club handle, trying to agree on a grip. He tugged at his glove and hitched up his sans a belt waistband, reestablishing that wavy border between a bulge of belly and his narrow, quick turning hips. Many times had I witnessed this routine, including Mike's familiar preround benedictions: "Tee it high and fly," "Stick it in the ground and go," and so on, which today came out more in a croak than in his singsong rendition of a Rhode Island working class accent. My elders on the tee didn't know Mike Smith, but they knew about tournament golf. I had the case covered a different waydidn't know the game too well but I did know Mike. Which is how all of us simultaneously realized the guy was choking. Gagging uncontrollably. Constricted in the throat and in every other bodily orifice. Once I grasped what was happening, anxiety skipped from him to me like a flamelick in dry woods. dn0 Examining my shoelaces, I steeled myself for an out and out whiff. Rejecting that possibility, I pictured the coldest of cold tops, a "hey boss look at me" company outing special. There were a few final spasms of Mike's false nonchalance, then he coiled back. His downswing was slashy and quick, and then came impact. About six dimples' worth, I estimated, occurring along that bony ridge where a persimmon driver's neck and soleplate meet. The ball sizzled audibly. I pictured its cover carved open like a heavyweight's eyebrow. The shot tracked low and left, exploring the woods like a finch. Once it passed the first small grove a copse of trees that could have pinballed it for a few loud thwocks then burped it back onto the forward tee the torn ball found a sliver of daylight. As golf shots go, I remember thinking, this one was more exciting to watch than any high, booming drive would have been. It battled the evil forces of sidespin and topspin for 80 or 90 yards then finally succumbed. Though it had taken a fairly deep angle into the trees, this patch of woods must have been recently thinned, allowing the ball to skip crazily forward after it touched down. The terrain of the woods sloped upland from the fairway's edge, creating a valley effect that sent the ball trickling back toward safety. It came to rest 130 yards away, in a little clearing from which a reasonable recovery shot could be played. Grim disaster had somehow been avoided. All parties to the incident, with the exception of the starter, legged it off the first tee like johns fleeing a raided brothel. By the time Mike retrieved his driver's headcover he had by some miracle gotten his wits about him, as well. Soon he was coGould, David is the author of 'Q School Confidential Inside Golf's Cruelest Tournament' with ISBN 9780312289171 and ISBN 0312289170.