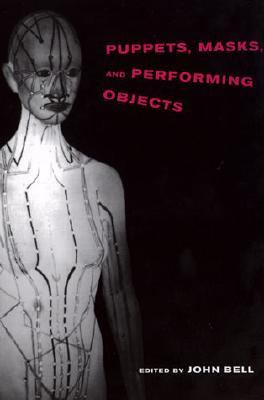 Puppets and masks are central to some of the oldest worldwide forms of art making and performance, as well as some of the newest. In the twentieth century, French symbolists, Russian futurists and constructivists, Prague School semioticians, and avant-garde artists around the world have all explored the experimental, social, and political value of performing objects. In recent years, puppets, masks, and objects have been the focus of Broadway musicals, postmodernist theory, political spectacle, performance art, and new academic programs, for example, at the California Institute of the Arts. This volume, which originally appeared as a special issue of TDR/The Drama Review, looks at puppets, masks, and other performing objects from a broad range of perspectives. The topics include Stephen Kaplin's new theory of puppet theater based on distance and ratio, a historical overview of mechanical and electrical performing objects, a Yiddish puppet theater of the 1920s and 1930s, an account of the Bread and Puppet Theater's Domestic Resurrection Circusand a manifesto by its founder, Peter Schumann, and interviews with director Julie Taymor and Peruvian mask-maker Gustavo Boada. The book also includes the first English translation of Pyotr Bogatyrev's influential 1923 essay on Czech and Russian puppet and folk theaters. Contributors John Bell, Pyotr Bogatyrev, Stephen Kaplin, Edward Portnoy, Richard Schechner, Peter Schumann, Salil Singh, Theodora Skipitares, Mark Sussman, Steve Tilllis.Bell, John is the author of 'Puppets, Masks, and Performing Objects', published 2001 under ISBN 9780262522939 and ISBN 0262522934.

5 from $9.18
Loading marketplace prices 5 copies from $9.18 How does the rental process work?
View more