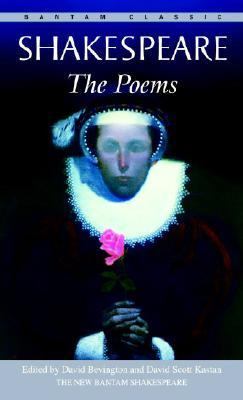 Introduction Most of Shakespeare's nondramatic poems were written early in his career. As a young man in London in the early 1590s, he did what any aspiring writer naturally would do: turned to the writing of amatory poetry, sonnets, and edifying verse narratives in the prevailing genres of the time. Here was the pathway to literary recognition and, one might hope, to the patronage of some influential and generous member of the aristocracy. Shakespeare soon found employment as an actor and writer of plays and no doubt took comfort in his success in the theatrical world; but writing plays then was somewhat like writing movie or television scripts today, often remunerative but usually anonymous. Play scripts were regarded as subliterary; when, some years later, Ben Jonson had the temerity to publish his plays as operae, or works, his critics were unsparing in their ridicule of one who confused "works" with "plays." Sonnets and Ovidian amatory verse, on the other hand, were generally recognized as "serious" literary forms. Cultivated young gentlemen at the Inns of Court, purportedly studying law there but often spending a good deal of their time in literary pursuits, contributed plentifully to the vogue in sonnets, satires, love lyrics, and the like. (John Donne was such a student at the Inns of Court in the late 1590s.) Other aspiring or already recognized writers, including Sir Philip Sidney, Edmund Spenser, Christopher Marlowe, Michael Drayton, Samuel Daniel, Thomas Lodge, and, later in the 1590s, John Marston, Sir John Davies, George Chapman, and Ben Jonson, some of whom were also playwrights, made their mark by writing nondramatic poetry. The classical model provided by such poets as Ovid, Virgil, and Horace added to the sense of propriety the poems in beginning a literary career with the writing of certain kinds of poems such as the eclogue. Perhaps some enforced leisure in his acting and playwriting career, unwelcomely provided by severe outbreaks of the plague during warmer months in the early 1590s, gave Shakespeare added opportunity and incentive to turn to the writing of nondramatic verse. At any rate, he wrote "Venus and Adonis", an amatory and even decorously erotic poem in the vein of Ovid, for publication in 1593, carefully seeing it through the press of his Stratford acquaintance Richard Field and assiduously dedicating it to Henry Wriothesley, the young Earl of Southampton. "The Rape of Lucrece" followed in 1594, also from Field's press and also dedicated to Southampton, the dedication on this occasion expressing an increasing sense of confidence and fondness between poet and patron. Whether Southampton substantially assisted Shakespeare in his career we do not know, but that Shakespeare had hopes from this sponsorship seems clear from his way of addressing his aristocratic friend. Are the sonnets also addressed to Southampton? Although the identity of the friend addressed in Shakespeare's sonnets cannot be assigned with certainty, Southampton is inevitably a likely candidateyoung, influential in literary circles, handsome, unmarried until 1598, belonging to a family that no doubt wished to see him settle down with the right wife and beget heirs. It may, however, be mere coincidence that his initials, H. W. (Henry Wriothesley), are the reverse of the mysterious "Mr. W. H." named in the dedication as "the only begetter" of these sonnets. Perhaps the situation described in the sonnets is not autobiographical. At any rate, many if not most of the sonnets must have been written fairly early in Shakespeare's career, when the sonnet form was in vogue. They were not published until 1609, and even then seemingly without Shakespeare's authorization or cooperation, but theyShakespeare, William is the author of 'Poems', published 1988 under ISBN 9780553213096 and ISBN 0553213091.