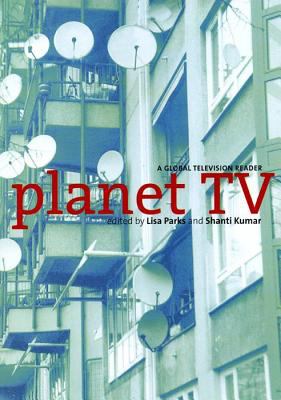 From the 1967 live satellite program "Our World" to MTV music videos in Indonesia, from French television in Senegal to the global syndication of African American sitcoms, and from representations of terrorism on German television to the international Teletubbies phenomenon, TV lies at the nexus of globalization and transnational culture. Planet TVprovides an overview of the rapidly changing landscape of global television, combining previously published essays by pioneers of the study of television with new work by cutting-edge television scholars who refine and extend intellectual debates in the field. Organized thematically, the volume explores such issues as cultural imperialism, nationalism, postcolonialism, transnationalism, ethnicity and cultural hybridity. These themes are illuminated by concrete examples and case studies derived from empirical work on global television industries, programs, and audiences in diverse social, historical, and cultural contexts. Developing a new critical framework for exploring the political, economic, sociological and technological dimensions of television cultures, and countering the assumption that global television is merely a result of the current dominance of the West in world affairs, Planet TVdemonstrates that the global dimensions of television were imagined into existence very early on in its contentious history. Parks and Kumar have assembled the critical moments in television's past in order to understand its present and future. Contributors include Ien Ang, Arjun Appadurai, Jose B. Capino, Michael Curtin, Jo Ellen Fair, John Fiske, Faye Ginsburg, R. Harindranath, Timothy Havens, Edward S. Herman, Michele Hilmes, Olaf Hoerschelmann, Shanti Kumar, Moya Luckett, Robert McChesney, Divya C. McMillin, Nicholas Mirzoeff, David Morley, Hamid Naficy, Lisa Parks, James Schwoch, John Sinclair, R. Anderson Sutton, Serra Tinic, John Tomlinson, and Mimi White.Parks, Lisa is the author of 'Planet TV A Global Television Reader', published 2002 under ISBN 9780814766927 and ISBN 0814766927.