by Greene, Robert A., Feldon, Leah 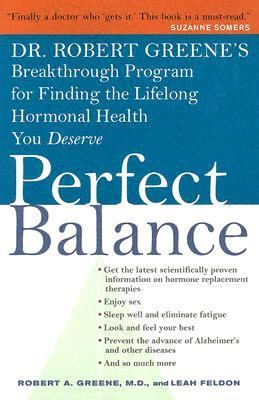 by Greene, Robert A., Feldon, Leah

Chapter one: The Hormone Revolution Hormones are essentially chemicals secreted in tiny amounts by various glands and tissues in our body that circulate in the bloodstream and ultimately control numerous body functions that occur in cells and organs. While some have been much maligned for turning strong career women into weepy marshmallows and spunky teenagers into monosyllabic sulkers, they are hardly just the troublemakers they're made out to be. Hormones are, in fact, absolutely essential. They tell us when we need to eat, sleep, drink, warm up, even when to have sex. They strengthen our bones, alert us to danger, and help keep our bodies and brains vital and fully functionaland that's just for beginners. Hormones, in short, are crucial to our very existence. They are the ultimate coordinators, keeping all our bodily parts and functions regulated and directed toward the same purposewhether that purpose is as basic as eating or as complicated as reproduction. But powerful as they are, hormones don't act on their own. They are in effect handmaidens of the brain, which is the commander in chief of all body operations. As hormones surge through our bloodstream, they're delivering instructions, generated mainly by our brain, to cells in various sites in our body. (They also deliver information from cells to the brain.) They are the brain's major intercommunication system for transmitting essential information from cells in one part of the body to cells in another. And there are a lot of them flowing through our body at any given timewe currently know of more than two hundred hormones, and we are constantly discovering more. Within the last ten years, scientists have discovered at least nineteen hormones that help establish and manage appetite and weight alone. And we've uncovered a few other surprises that have turned our old concept of hormones upside down and inside out. NEW FINDINGS We used to think that hormones were produced only by nine endocrine glandsthe thyroid, parathyroid, pancreas, adrenals (2), gonads (2: ovaries and testes), pituitary, and pinealand that the hormones these glands produced each had only one function. The ovaries and the testes, for example, were thought to be involved solely in reproduction; the adrenals were meant to regulate stress; the pituitary monitored growth; and so on. But over the last decade, we've discovered that hormones are not only produced by the endocrine system, but are, in fact, secreted by other parts of our body, as well. Hormones are released by the stomach, skin, bones, white blood cells, even our extra belly fatin fact, almost every part of the body can produce some hormones. That makes for a lot of chemical messages running through our body and a lot of hormonal interaction. Contrary to old-school thinking, no hormone is an entity unto itself. Each one impacts the others, and that mutuality plays a huge role in the way you feel on a day-to-day basis. There are four major hormone groups in terms of function and what they do for you, and even though they cross over into other territories, these categories are their home ground: Sex hormones (estrogen, testosterone, and progesterone) are the big gunsthe hugely important hormones produced by your ovaries that we'll be focusing on throughout the book. As a woman, the levels of your sex hormones shift more frequently and more dramatically than most of your other hormones, creating a delicate balancing act with one another and with every other hormone in your body. We've always known that the sex hormones influence reproductive status and define gender, but we've only recently discovered that they are much more all-encompassing than had been previously cGreene, Robert A. is the author of 'Perfect Balance Dr. Robert Greene's Breakthrough Program For Finding The Lifelong Hormonalhealth You Deserve', published 2005 under ISBN 9781400051366 and ISBN 1400051363.