Over the Line The Art and Life of Jacob Lawrence 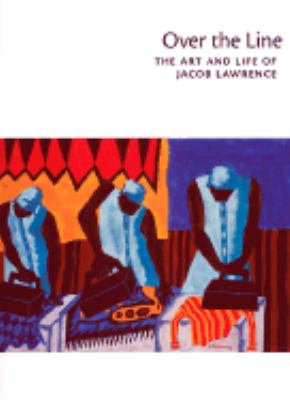 Over the Line: The Art and Life of Jacob Lawrence includes essays by eight distinguished art historians examining the ways in which Jacob Lawrence's art speaks so powerfully to different audiences. It is the first multi-author, in-depth probe of the artist's entire career: the nature of his work, his education, the critical climate in which he worked, and his use of materials and techniques. It reproduces, in full colour, more than 200 works, most of which have not been published in colour, or at all, in other books on the artist.An extensive chronology, collating events in his life with his public reception-including selected exhibitions, publications, honours, and awards-is illustrated with family photographs. Jacob Lawrence (1917-2000) spent his childhood in New York City, attending classes at the Harlem Community Art Center and the American Artists School, and later working for the Federal Art Project. While still in his twenties Lawrence exhibited his paintings at major museums across the country, including the Phillips Collection, the Metropolitan Museum of Art, the Art Institute of Chicago, and the Museum of Modern Art in New York, where he became the first African American artist represented in the permanent collection. He lived, painted, and taught in New York City until 1971, when he moved to Seattle to join the faculty of the University of Washington. He was the recipient of numerous awards including the National Medal of Arts.The paperback edition of Over the Line is published in conjunction with a major exhibition opening at the Phillips Collection, Washington, DC, and travelling to the Whitney Museum of American Art, the Detroit Institute of Arts, the Los Angeles County Museum of Art, and the Museum of Fine Arts, Houston.Peter T. Nesbett was the director and Michelle DuBois the associate director of the Jacob Lawrence Catalogue Raisonné Project. The contributors to Over the Line include Patricia Hills, Paul J. Karlstrom, Leslie King-Hammond, Lizzetta LaFalle-Collins, Richard J. Powell, Lowery Stokes Sims, Elizabeth Steele, and Elizabeth Hutton Turner.Nesbett, Peter is the author of 'Over the Line The Art and Life of Jacob Lawrence' with ISBN 9780295979656 and ISBN 0295979658.

5 from $5.84
Loading marketplace prices 5 copies from $5.84 How does the rental process work?
View more