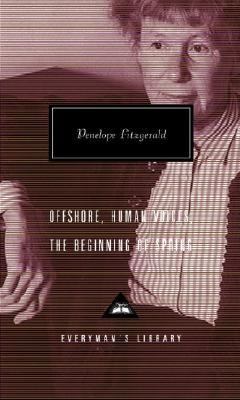 It is rare indeed to begin a literary career after the age of sixty, and then to achieve reputation and fame as a novelist during the next decade. But Penelope Fitzgerald was a highly unusual and original sort of writer. Before she turned to writing she had married and raised a family, worked during the war at the BBC (the setting of her fourth novel,Human Voices), run a bookshop (an experience that also provided a novel), and taught school, including a school for theatre and drama training. Her first book was a study of the Victorian artist Edward Burne-Jones. She followed this withThe Knox Brothers, a biography of her father Edmund Knox, the gifted and remarkable editor ofPunch,and her equally talented set of uncles. That might well have been enough for most writers at her age, but it turned out to be in the nature of a prologue to her real career as a novelist. In a cool modest way Fitzgerald was an experimenter, never repeating the same kind of novel twice. Her first,The Golden Child, plays engagingly with the forms of the mystery and detective story, but its real charm lies in the field of comedy: in this case the quirks and personalities of the staff who run the big museum which is housing a prize exhibit. This was followed by the lively and delightful story ofThe Bookshop, the prelude, as it might be said, toOffshore, her first assured masterpiece, nouvelle and almost miniature as in a sense it is. All her books have the quality, and the impact, that goes with a particular sort of brevity: their simplicity and their author's finely individual line of vision, unique in each particular case, makes them seem longer than they really are. Offshore, which won the prestigious Booker Prize, to the surprise of some of the judges, and, indeed, to the amazement if not the chagrin of other, more heavyweight contenders, has a deceptive simplicity about it. It needs to be read at least twice before the reader grasps how subtle and how eventually rewarding are its method and effect. As with Penelope Fitzgerald's other novels, a close analogy suggests itself with what happens to us when we meet new aquaintances in ordinary daily life. In such a situation we may soon realize that we know very little: our first impressions (to borrow the original title of Jane Austen's first novel) are probably not true, or even just, but in life itself we hardly have the opportunity, and seldom indeed the inclination, to enquire or to wonder much further. We are in that situation as we continue to encounter Nenna, the wife whose husband has left her, and who in a muddled way, distracted as she is by everyday cares and problems wishes he hadn't. The wholly disconcerting effect that the young can have, even or perhaps indeed especially on their parents, is suggested by a sentence about them so quietly laconic and unobtrusive that it seems almost absent-minded: 'The crucial moment when children realise that their parents are younger than they are had long since been passed by Martha.' Martha and her sister Tilda are, in their unflamboyant way, a disconcerting pair, but readers have, as it were, too much to do with other people and other matters, with the boats and the personalities of their owners, with the absorbing nature of the odd and yet perfectly normal world they find themselves in, to worry much about the nature of the children. They are so obviously not worried themselves: and very little attention is paid to them by anybody. As their creator so economically remarks and the uninsistent humour of the moment is typical of all Penelope Fitzgerald's fiction children do indeed discover, or at least receive the impression, that in the words of a wise old priest there are no true adults in the world, and thFitzgerald, Penelope is the author of 'Offshore, Human Voices, the Beginning of Spring' with ISBN 9781400041251 and ISBN 1400041252.