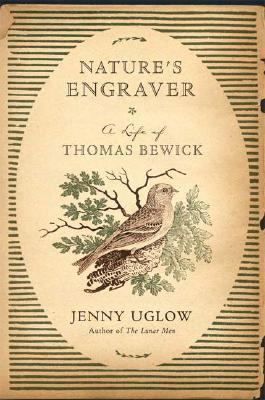 Prologue: A Plain Man's Art Printing from woodblocks is the oldest way of all. Before Gutenberg invented moveable type around 1450, books and broadsheets were produced by writing the text on wood in reverse, as in a mirror, and then cutting painstakingly round the letters, dabbing the block with ink and pressing paper on top. With the new metal type, printers still used the blocks for illustrations and a single block could be used over and over again, on different pages, in different books. The early cutters worked on the 'side-grain' of the wood, a plank cut along the trunk, often of a fruitwood such as pear or cherry, using carpenters' tools knives, chisels and gouges. When designed by masters like Durer or Holbein these woodcuts could attain an astounding delicacy, but increasingly book publishers preferred to use copper engravings which gave a finer effect, and the crude woodcuts were banished to broadsides and chapbooks. Slowly, however, craftsmen tried using the dense end-grain of wood, sliced across the trunk or branch rather than along it like a plank. Boxwood proved the best, because box grows so slowly that the growth-lines are very close and on its hard surface the engravers could use the fine tools employed on silver or copper. Bewick worked on boxwood, sent up in logs by sea from London. Hundreds of his woodblocks still survive, their scenes as sharp as the day he cut them. When I began writing, I went to see Iain Bain, a great Bewick expert. Outside his book-room rain clouds gathered and drops hung from the washing li≠ inside, the air smelled of leather bindings, ink and linseed oil. From a drawer Iain took a blackened wood block, its fret of thin lines shining in the light and its bark still rough around the edges, and fixed it in the bed of an old hand-press, ready to be inked. On the windowsill were pots of ink so thick that the roller made a slick, slick sound as he dabbed it on the block. The methods and materials were those of Bewick's time: vellum skins for the press tympans the frame that holds down the sheet for printing fine woollen blankets to pad them and carefully damped paper. After we ran the bed of the press under the heavy plate, I pulled the lever firmly, to lower the plate with a slight 'dwell' on blankets, paper and block. Then we ran the press back, raised the covers and gently peeled off the paper, holding it up like washerwomen about to peg it on the line. And there it was. Before me was a tiny scene, not a lyrical country lane but a man pissing against a wall perhaps a fragment of Hadrian's Wall, not far across the Tyne from where Bewick grew up. But was the print good enough? We took another impression, and there was the man again, still casting his shadow on the stones and there he will be time after time, whenever the block is printed, but every time slightly different. Iain pored over the print to discover what adjustment of pressure, weight of ink or dampness of paper might be needed for a better result. And each impression made me hold my breath. I wanted the perfect print, showing every minute detail, all within the compass of two inches: the variations in his shadow and the arc of his pee, the socks rolling down below broad calves, the widely planted feet and the curve of his back, with the wrinkle in his coat between the shoulders; the tilt of his head and hat as he looks down, the roll of possessions flung down behind him. The wind is from the west, the trees lean and the grasses flow with the gusts towards the stream. But who is this man, and where is he walking? His stick hangs from a branch, and beyond him a wattle fence leads by the edge of the wood, past tufts of waving grass towards a just-glimpsed horizon. ThUglow, Jenny is the author of 'Nature's Engraver A Life of Thomas Bewick', published 2007 under ISBN 9780374112363 and ISBN 0374112363.

2 from $5.24
Loading marketplace prices 2 copies from $5.24 How does the rental process work?
View more