My Life As a Girl 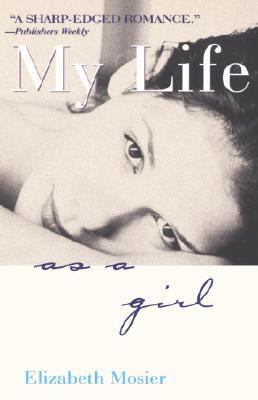 Chapter 3 "No way are you wearing a bunny getup and taking money from drunks," my best friend Rosa warned me when I circled the ad for COCKTAIL WAITRESS WANTED. I'd only tried the idea on as a dare --you had to be twenty-one, anyway, to serve -- but Rosa was serious. She snatched the newspaper away from me, rolled it up, and swatted me with it on the head. "You lose your clothes, girlfriend, you lose respect, too," she said. Rosa could afford to be uncompromising; she was guaranteed a summer job in her family's souvenir store downtown. The Gutierrez family took care of their own, whilemydad took our savings to Vegas and left us to fend for ourselves. It was the summer before Bryn Mawr, and my plan was to work two waitress jobs: one at The Phoenix, where a single night's tips would buy meGray's Anatomy, and another at a greasy spoon. I'd take a day shift at the diner, a night shift at the pricey place, go back and forth between them. I thought I could pull it off. I'd almost hooked the job at Ben Franklin's All-American Diner. I was smiling at the manager and leaning toward him, betting on his chubby face and straight, boyish bangs to make him behave, when hewinkedat me and said, "Under one condition." I startled as if I'd been bit by a lapdog. It was early morning, and we were the only two people in the diner, alone in a vinyl booth, our knees nearly touching under the table. Though I hadn't wanted Mom to come with me to the interview, I was suddenly glad she was outside, waiting in her Pinto in the parking lot. I could see the car from where I was sitting, blue faded white from the Arizona sun. I hoped the manager could see it, too. "What condition?" I asked, shifting my body toward the window. "That you won't leave me in September," he said, setting my application aside. He had this dreamy smile on his face, and he was drawing voluptuous spirals on the steno pad he'd used to take notes. Glancing down, I saw him circle a word I hadn't noticed before: pretty. Mom always told me I was lucky to be pretty, but Rosa had raised my consciousness. "Walk it like you talk it, if you want to go somewhere," she'd say. "Listen, Mr. Thew," I said. "Kenny," he corrected, tapping his nametag with his pen. "Kenny," I said. I gripped the table's red-white-and-blue Formica rim to remind myself of the distance between us, space made for wideload truckers roaring in hungry off the Black Canyon Freeway. "What are you insinuating?" I asked, hoping the dirty-sounding word would make him back off. But my accusation only dangled there between us, makingmeblush. Sure, I'd been flirting before, but couldn't he see I was just being polite? Kenny leaned closer. "I know you college kids," he whispered as though we were conspirators. "What do you know about us?" I asked, white-knuckling the table rim, ready to defend my morals. He looked confused for a second and then said, "You're gone when summer's over, and I've got to hire all over again." Oh, that," I said, relieved he wanted only loyalty, and not to fool around in the walk-in fridge. I let go of the table, let out my breath, and was surprised to find that behind my relief was a ready-made lie. "I'm deferring a year," I lied, looking down at my application, the line that said EDUCATION, where I'd proudly written Bryn Mawr. I was honest enough to be ashamed to meet his eyes, but corrupt enough to know he would take it as humility. "To work for tuition," I added. "My financial aid fell through." "That's rough," he said, sounding really concerned. "It's not the worst thing that could happen," I said, and right away I was superstitious for my scholarship, which paid tuitionMosier, Elizabeth is the author of 'My Life As a Girl', published 2000 under ISBN 9780375895227 and ISBN 0375895221.