Moveable Feasts From Ancient Rome to the 21st Century, the Incredible Journeys of the Food We Eat 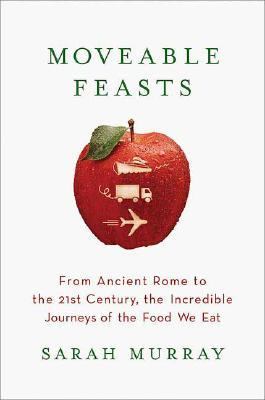 Chapter 1 Professor Jose Remesal Rodriguez holds a piece of pottery up to the sunlight. He is standing at the top of Monte Testaccio, a small, unassuming hill on the southern fringe of the Aventine, a short ride from Rome's city center and within sight of some of Europe's greatest monuments. The Pyramid of Cestius and the Protestant Cemetery are nearby. In the distance, the majestic dome of the Pantheon, Borromini's extraordinary spiral tower at the Church of St. Ivo, and the pompous Monument to Victor Emmanuel II rise up above the low-slung buildings of the city. It is an impressive displaya visual excursion through Italian history from Roman times via the Renaissance and on to nineteenth-century unification. But the professor is not paying much attention to the view. He is too busy examining the chunk of clay in his hand. It is pale brown and bears a deep mark that appears to have been stamped into the clay while wet. There is nothing refined about this thick fragment of earthenware. Its form is clumsy; its surface rough. It was clearly not part of any sort of decorative or ceremonial object. It is in fact a piece of a Roman transport amphoraa ceramic pot about the size of a small barrel that almost two thousand years ago carried food to Rome, capital of an empire stretching from the lowlands of Scotland to the deserts of Africa, from Spain to the Persian Gulf. "It is Baetican, of course," pronounces the professor. Baetica is today's Spanish province of Andalusia, the southernmost region of the Iberian Peninsula, home to flamenco and known for a simple, unpretentious cuisine that includes gazpacho, fried fish, and cured ham. Spectacular Andalusian architecture such as the Mezquita in Cordoba, a cathedral that was once a mosque, provides a reminder of the presence of the Moors, the Muslims who ruled from the eighth century to the fifteenth. Long before that, however, the Romans were in charge. That was when Baetica was part of Hispaniaan area now occupied by Spain, Portugal, Andorra, and Gibraltar. Roman soldiers first arrived there in 218 b.c., and as direct imperial rule was established, Hispania became a prized part of the empire. Three emperorsTrajan, Hadrian, and Theodosius Iwould be born there. As one of Hispania's imperial provinces, Baetica was an important source of food for the empire. And this dry, mountainous swathe of land was the starting point for the piece of pottery Remesal is holding. The fragment is part of a second-century transport jar that set out to Italy from a vast agricultural estate owned by a wealthy senator at a time when Rome was at the height of its power. Produce from this fertile land would have been loaded into the jar, heaved onto a vessel by bonded laborers, and shipped to Rome. There, it ended up in the homes and palaces of everyone from philosophers and politicians to manual workers and freed slaves. It may be small and dusty, but this fragment of pottery is part of the endless patchwork that is the history of the Roman Empire. The story it has to tell is one of immense wealth built on trade in an essential commodity: olive oil. Gathered around the professor on Monte Testaccio are students and archaeologists who have traveled from the United States, Spain, and Poland to join Remesal in his ambitious archaeological investigation of this modest-looking hill. It is not the best day for it. On an uncharacteristically soggy October morning, most of those present are wrapped in brightly colored plastic raincoats and fleece jackets. Umbrellas are at the ready. Below, the hum of traffic is accompanied by a cacophony of barking dogs, crowing roosters, and pealing church bells as the city slowly wakes. A rainbow arches brieflyMurray, Sarah is the author of 'Moveable Feasts From Ancient Rome to the 21st Century, the Incredible Journeys of the Food We Eat', published 2007 under ISBN 9780312355357 and ISBN 0312355351.