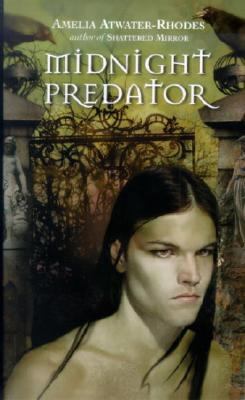 CHAPTER 1 Some people use things; they destroy. You're a creator, a builder. The words came unbidden to her mind, completely inappropriate at the moment. Distracted by the memory, Turquoise missed a block. She hissed in pain as the knife cut deep into the meaty underside of her arm. She caught her attacker's wrist and twisted, sending the young woman attached sprawling to the ground, as her father's words faded from her mind. Once, they might have been right, but now, they could not have been further from the truth. The woman Turquoise was fighting wasn't clumsy for long. In a near-blur of burgundy hair and black leather, Ravyn Aniketos sprang to her feet. Turquoise rolled her shoulders, trying to work out the kinks in them, and blinked quickly to clear her tired eyes. This match had been going on for too long. She was bleeding from where Ravyn's knife had sliced through her arm, and she could feel the warm, sticky drip of blood down her back from a second wound on her left shoulder. Ravyn's black leather pants had been slit open in the thigh, and she had a shallow wound low on her jaw, which would probably heal without scarring. Earlier, there had been other combatants; most slunk out the back door, defeated, within the first few minutes. The fight was a competition of stealth and hunting ability. In near darkness, the competitors found and marked one another--a quick knife slice, just enough to draw blood. If a hunter was marked three times, he or she was out of the running. Turquoise was pleased to have lasted so long, but only victory would satisfy her pride. Ravyn likely felt the same. The next one of them to land a blow would win, becoming the leader of Crimson, the most elite unit of the Bruja guilds. Somewhere in the building, a clock struck, once, twice . . . Turquoise lost track of the clock's tones as she struck again. Ravyn cursed as the blade narrowly missed her stomach, and Turquoise barely managed to evade an answering strike to her cheek. They were both getting tired, and tired quickly became clumsy. Only the fact that they had both been fighting for hours kept them evenly matched. The clock finished its song, and left the room in eerie silence, broken only by the ragged, heavy breathing as the two fought. "Ravyn. Turquoise." Turquoise slid a fraction of her attention to the voice but did not allow her gaze to leave Ravyn. "Sheathe your weapons," Bruja's leader, Sarta, instructed. Someone flipped the switch and both fighters blinked against the sudden light. "I have a feeling that this competition could go on for days if I let it," she announced, "but Bruja law does call for a limit." Ravyn licked the blade of her knife clean, her cranberry-colored gaze resting on Turquoise all the while, as if daring her to react. Ravyn had no fetish for blood, and she professed to hate vampires, but she did love to give a show. "Well, Sarta, if you're going to call a halt to our fun, do you also plan to name a winner?" Ravyn was still panting slightly, but not enough to affect the smooth drawl in her voice. Turquoise wiped her own blade on the leg of her ruined jeans. She didn't speak yet, preferring to catch her breath. If it was ten now, then she and Ravyn had been sparring for almost five hours. This fight had begun at sunrise. Five hours, and they were left in a draw. Turquoise's muscles ached with fatigue, but she would rather have finished this than stopped now. She wanted the title. Crimson. It was the most elite of the three Bruja guilds. Cold-blooded as snakes and vicious as hyenas, members of Bruja were the best predators in existence. To be recognized as the guild's leader would fulfill the promise Turquoise had once made. She had sworn that no one would ever mistake her for prey again. If that meant abandoning a few of the social mores of thAtwater-Rhodes, Amelia is the author of 'Midnight Predator' with ISBN 9780440237976 and ISBN 0440237971.