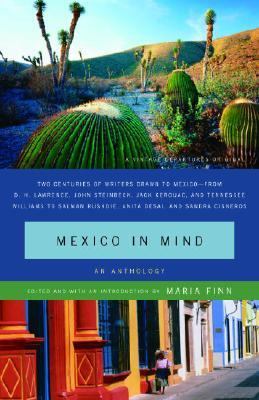 Alice Adams (1926-99) Alice Adams is the author of ten novels and five collections of short stories, including Careless Love (1966), Superior Women (1984), Caroline's Daughters (1991), Almost Perfect (1993), A Southern Exposure (1995), and its sequel, the posthumously published After the War (2000). She's known for looking at the lives of contemporary women, exploring the nuances of both their professional and personal worlds and the intersection of the two. Adams traveled annually to Mexico for approximately thirty years. In this excerpt from Mexico: Some Travels and Some Travelers There (1991), she is inspired by an exhibit of Frida Kahlo's art in San Francisco to visit the artist's home, now a museum. Kahlo's art reflects both her love for Mexico and her often painful love for fellow artist Diego Rivera. She has become an icon for the suffering artist. According to Adams, "Two words often used in connection with Kahlo are narcissism ('All those self-portraits') and masochism ('All that blood'). Both seem to me quite wrongly applied. I rather believe Kahlo painted herself and her images of personal pain in an effort to stave off madness and death." When I thought of a return trip to Mexico City, with some friends who had never been there before, I remembered the Camino Real, which would be as far out of the fumes and the general turmoil as one could get, I thought-with advertisements featuring three swimming pools. And this trip's true object, twenty years after my first contact with her, was Frida Kahlo: I wanted to make a pilgrimage to her house, and I had talked two friends into coming with me-Gloria, a writer, and Mary, an art critic. All of this more or less began in the spring of eighty-seven, when there was an extraordinary exhibit of Kahlo's work at the Galeria de la Raza, in San Francisco. So many painters' work is weakened by its mass presentation in a show, but this was not so with Kahlo's work: The overall effect was cumulative, brilliantly powerful, almost overwhelming. Her sheer painterly skill is often overlooked in violent reactions, one way or another, to her subject matter, but only consummate skill could have produced such meticulous images of pain, and love, and loneliness. I began to sense then, in San Francisco, a sort of ground swell of interest in both her work and in her life-and the two are inextricable. Kahlo painted what she felt as the central facts of her life: her badly maimed but still beautiful body, and her violent love for Diego. In fact, these days Frida has become a heroine of several groups; she is a heroine as an artist; as a Third World woman; and also as a handicapped woman. And then there is still another group popularly referred to as "women who love too much," the "too much" referring especially to men perceived as bad, as unfaithful and not loving enough in return. I began to read all I could about Frida Kahlo. The accident that maimed her occurred when she was eighteen: A streetcar rammed into the trolley in which she was riding, and her spine was broken in seventeen places-it is astonishing that she should have survived. Her pelvis was penetrated by a shaft of metal (a "rape" of which Frida made much), her reproductive organs were gravely injured. Considerable controversy continues over the precise facts about her injuries. Medical records are lost, or missing. It is now impossible to determine whether she actually did, as she claimed, have seventeen corrective operations; Frida did tend to exaggerate, to mythologize herself, but even a dozen such operations would be quite a lot. It is also uncertain whether she could or could not bear children, or whether she really wanted to. Certainly she was pregnant a number of times and suffered both therapeutic abortions and miscarriageFinn, Maria is the author of 'Mexico in Mind', published 2006 under ISBN 9780307274885 and ISBN 0307274888.