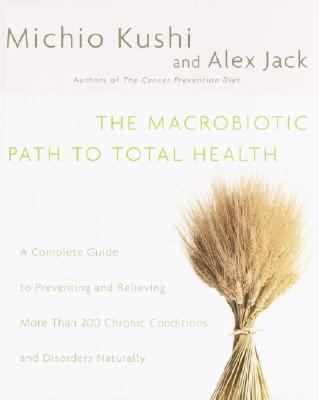 1 The Macrobiotic Way of Eating As the 21st century begins, the world faces an unprecedented health and environmental crisis. New diseases and epidemics have emerged, family and social conflicts have increased, and ecological threats have multiplied and spread, imperiling humanity's biological and spiritual evolution, as well as the future of other life on this planet. At the heart of this escalating crisis is the integrity of the world's food supply. Genetic engineering, cloning, food irradiation, microwave cooking, and other new technologies are radically changing the way humans have eaten, fed their families, and managed their health for thousands of years, violating millions of years of natural order. Personal and planetary health are inseparable. World hunger and poverty cannot be divorced from eating beef, chicken, and other animal foods that require up to ten times more grain to produce than growing grain directly for human consumption. SARS, AIDS, mad cow disease, and other new epidemics are connected with a widespread decline in natural immune function as a result of the modern way of eating and overmedicalization. Violence and war are intimately related to liver, kidney, and pancreatic imbalances that give rise to anger, fear, and greed on a personal, family, or societal level. The macrobiotic way of eating is very broad and comprehensive. It has been observed by millions of human beings for thousands of years, contributing to health, happiness, and peace for endless generations and our species overall biological and spiritual evolution. For the most part, it is based on whole cereal grains (the traditional staff of life), vegetables from land and sea, beans, and other fresh foods, with a minimum of animal products. With the advent of the modern era about 400 years ago, this way of eating steadily declined around the world, as meat, poultry, eggs, and dairy became the center of the diet; white flour and white rice displaced whole-wheat flour and brown rice; and canned and frozen foods, highly processed foods, and foods grown with or containing chemicals largely replaced fresh, local produce grown organically and consumed in season. Today the modern supermarket and natural foods store contain a cornucopia of foods from all over the world. Bananas, mangoes, and other tropical foods are eaten by people living in the Arctic, while dwellers in the rain forest have access to hamburgers, french fries, and soft drinks. Watermelon, strawberries, and other perishable fruits are consumed in winter, and steak, fried chicken, and other heavy animal foods are consumed in summer. The typical family today rarely eats home-cooked food together, and electric or microwave ovens are found in the vast majority of households. The end result has been a wave of epidemic and degenerative disease, including heart disease, cancer, AIDS, new multiple-drug-resistant strains of tuberculosis, and other afflictions. The advent of cloning and genetic modification of foods and medicines; the rise in organ transplants and implants, especially from animals to humans; the spread of artificial electromagnetic fields from computers, cell phones, and other technology; and the destruction of the environment, including desertification, the thinning of the ozone layer, and the onset of global warming, have contributed to a further decrease in natural immunity to disease. The biological degeneration of human beings, reflected in a sharp rise in infertility and the use of new artificial birth technologies, as well as the spread of infectious, degenerative, and immune-deficiency diseases, threatens the continued existence of our species. The modern evolutionary crisis encompasses all of the nearly 200 conditions and disorders dealt with in this book. The world is now splitting into two directions. The first is respecting nature, traditional wisdom, and natural order. The second is oriented towKushi, Michio is the author of 'Macrobiotic Path to Total Health A Complete Guide to Preventing and Relieving More Than 200 Chronic Conditions and Disorders Naturally', published 2003 under ISBN 9780345439871 and ISBN 0345439872.