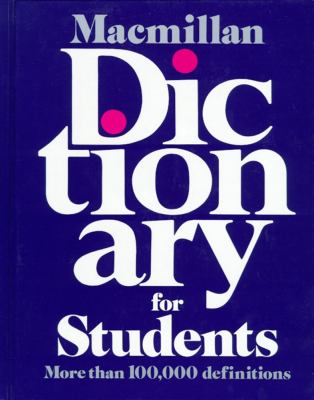 From Chapter Dictionary of the English Language sea front / search warrantsea front,land bordering on the sea.seagirt(sE'gurt')adj.surrounded by the sea.seagoing(sE'gO'ing)adj.1.designed, suitable, or used for sea travel.2.seafaring.sea green,medium bluish-green.sea gull,gullsup1;.sea horse 1.any of various slender fish, genusHippocampus, found in warm and temperate seas having a horselike head and neck and a prehensile tail. Length: 2-8 inches.2.walrus.3.mythical sea creature, half fish and half horse.Sea Islands,island chain in the southeastern United States, along the Atlantic coast of South Carolina, Georgia, and northern Florida.sealsup1;(sEl)pl.,sealsorseal.n.1.any of several marine mammals, families Otariidae and Phocidae, having a streamlined body, a muscular neck, and limbs that are modified to form flippers. Some seals,fur seals,are hunted for their valuable pelt. Length: to 22 feet.2.pelt or fur of such an animal, esp. sealskin.3.leather made from the hide of such an animal. --v.i.to hunt seals. [Old Englishseolhthe marine mammal.]sea1sup2;(sEl)n.1.impression in relief of a device, as a design, figure, or word, stamped on wax, paper, or other soft material to show ownership or authenticity and intended to represent officially a person, institution, or governing body.2.representation of such an impression, or a disk or wafer of wax, paper, or other material bearing such an impression, affixed to a document to prove authenticity or to seal it shut.3.stamp, die, ring, or other object engraved with a device, used to impart such impressions.4.something that fastens firmly, closes completely, or makes airtight or watertight:to lick the seal on an envelope, to break the seal on a jar.5.decorative gummed stamp or sticker.6.something that serves to authenticate, confirm, or secure; pledge; assurance.7.Archaic.mark or sign indicating ownership or serving as visible evidence of something. --v.t.1.to fasten or shut firmly or make airtight or watertight:to seal an envelope, to seal a tomb. My lips are sealed.2.to fill or obstruct; stop up (often withup):to seal the cracks in a wall. An avalanche of rocks sealed up the cave.3.to shut in or confine; enclose tightly:They sealed the documents in a strongbox.4.to prevent or restrict access to (often withoff):Police sealed off the area and questioned everyone closely.5.to confirm, conclude, or assure as if by affixing a seal:to seal a bargain with a handshake.6.to put beyond question, doubt, or reversal; decide finally or irrevocably:The arrival of reinforcements sealed our victory.7.to place a seal on, as to prove authenticity, signify authorization, or prevent tampering.8.to mark or stamp with a seal in order to certify or attest to the size, weight, accuracy, or quality of:to seal a scale.[Old Frenchseelengraved signet for stamping documents in order to authenticate them, going back to Latinsigillumlittle mark, small figure, diminutive ofsignumsign, marksup1;.]sea lavender,any of a group of plants, genusLimonium,found in seaside regions of the Northern Hemisphere, bearing small, usually blue or purple flowers.sea legsInformalability to walk steadily aboard ship, esp. on rough seas.sealersup1;(sE'ler)n.1.one who or that which fastens, closes, or makes airtight or watertight.2.substance applied to a porous or unfinished surface in preparation for painting or varnishing.3.official who inspeMacmillan Publishing Company Staff is the author of 'Macmillan Dictionary for Students' with ISBN 9780027615609 and ISBN 002761560X.