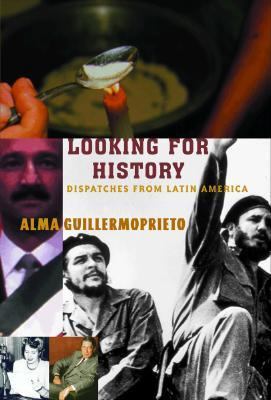 Little Eva Was she really beautiful? What did she look like? It is possible to stare for hours at the photographsnever enough of themin the recent crop of Evita books and find no answers. Soon we will know that she looked exactly like Madonna, but for the moment it is possible to say only that once she had become Evita her image was that of a different order of beingof a Virgin, perhaps, or a saint. A flickering apparition with attributes rather than features: the radiant impact of the gold-colored hair, something haunted about the eyes, the lingering sad ecstasy of the smile. The posters, the photographs, the blurred documentary footage all confirm it: she was not a person but an embodied gesture. Not in the early photographs, though. Here she is, for example, in a picture reproduced in Eva Peron, a new biography by Alicia Dujovne Ortiz, [Published in English as Eva Peron: A Biography (New York: St. Martin's, 1997).] which shows her in the days before her hairdresser discovered that history needed Evita to be a blonde. It is mid-1944, and, thanks in large part to certain skillfully wielded influences, the provincial actress Eva Duarte, possessed of an unreconstructed working-class accent and an unfailingly gauche manner, has obtained her first feature role, in a movie called Circus Cavalcade. In the promo shot, brunet ringlets surround a pale, slightly thin-lipped face. The nose has a hint of the ski jump, but the eyes are large and their expression is pleasant. A big bow is strategically placed over what was a famously flat chest, but it does nothing to disguise her terrible posture. She projected no sexuality, and there is nothing in the photograph to indicate that Eva Duarte's public personality might have been memorable eitheran impression, or lack of one, confirmed by the kindest word that critics ever used to describe her acting: "discreet." There is nothing in the image, certainly, to suggest transcendence. And yet the sense we have of Eva Duarte's destiny is so strong by now that it is almost impossible to believe that at the time the picture was taken she did not know, as we do, that this bland and to all appearances untalented girl, born illegitimate and on a ranch, was soon to become Evita. It would have been logical for anyone with more ordinary ambitions to think instead that 1944 was already the crowning year of her life: she had a movie role, a nice apartment filled with knickknacks, a modest degree of name recognition, and a new military lovera very important onewith whom she was passionately, overwhelmingly involved. Because the meeting between Eva Duarte, aspiring radionovela actress, and Juan Peron, putschist colonel, is the stuff of legend, it is impossible to be completely certain of anything about it, including the date and the circumstances of their first encounter. By most accounts, including Peron's, it took place on January 22, 1944, and the occasion was a benefit for earthquake victims, sponsored by a group of army colonels who had overthrown the civilian government six months earlier. Eva Duarte, who had recently gone for months without acting in any of the radio soaps that were the mainstay of Argentine broadcasting, and who had in the past endured typically sordid casting-couch arrangements in order to get work, was working now, thanks to her new friend Lieutenant Colonel Anibal Imbert, who was in charge of the post and telegraph offices (and communications in general) for the new regime. Imbert had got her the starring role in a new radio series, based on the lives of famous women in historyIsadora Duncan, Elizabeth I, Mme Chiang Kai-shekbut it was Eva alone who then, drawn to the populist rhetoric of the new regime and always looking for an opportunity to stand out, maneuveGuillermoprieto, Alma is the author of 'Looking for History' with ISBN 9780375420948 and ISBN 0375420940.