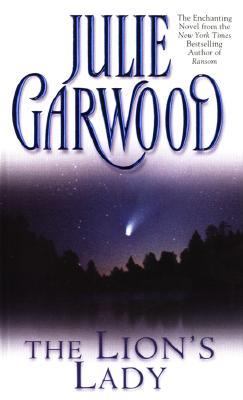 From Chapter Three The Countess reluctantly left Christina's side when Lord Baker offered her his arm. Christina was able to discourage three well-meaning gentlemen from ushering her into the dining room by pretending an errand in the washroom above the stairs. When she returned to the first floor, she saw that the drawing room was empty of guests. The solitude proved irresistible. Christina glanced over her shoulder to make certain she wasn't being observed, then hurried to the opposite end of the long, narrow room. She'd noticed a balcony beyond a pair of French doors nestled inside an arched alcove. Christina only wanted to steal a few precious minutes of blissful quiet before someone came looking for her.Her hope was in vain. She'd just made it to the alcove when she suddenly felt someone watching her. Christina stiffened, confused by the feeling of danger that swept over her, then slowly turned around to face the threat.The Marquess of Lyonwood was standing there, lounging against the entrance, staring at her.The lion was stalking her. She shook her head, denying her own fanciful notions, yet took an instinctive step back at the same time. The scent of danger was still there, permeating the air, making her wary, confused.Lyon watched her for a good long while. His expression was intense, almost brooding. Christina felt trapped by his dark gaze. When he suddenly straightened away from the wall and started toward her, she took another cautious step back.He moved like a predator. He didn't stop when he reached her but forced her with his measured steps to back up through the archway and into the night."What are you doing, sir?" Christina whispered, trying to sound appalled and not too worried. "This isn't at all proper, is it?""No.""Why, you've forgotten to make your presence known to our host," Christina stammered. "Did you forget your duty?""No."She tried then to walk around him. Lyon wouldn't let her escape. His big hands settled on her shoulders, and he continued his determined pace. "I know you didn't speak to Lord Baker," Christina said. "Did you?""No.""Oh," Christina replied, sounding quite breathless. "It is a rudeness, that.""Yes.""I really must go back inside now, my lord," she said. She was growing alarmed by his abrupt answers. His nearness was driving her to distraction, too. He'd confuse her if she let him, she told herself. Then she'd forget all her training."Will you unhand me, sir?" she demanded."No."Christina suddenly understood what he was doing. Though she tried, she couldn't contain her smile. "You're trying to be as abrupt as I was with you, aren't you, Lyon?""I am being abrupt," he replied. "Do you like having all your questions answered with a simple yes or no?""It is efficient," Christina said, staring intently at his chest.She'd mispronounced the word "efficient." Her accent had become more noticeable, too. Lyon assumed she was frightened, for he'd also caught the worry in her voice. He slowly forced her chin up, demanding without words that she look at him. "Don't be afraid of me, Christina," he whispered.She didn't answer him. Lyon stared into her eyes a long minute before the truth settled in his mind. "I don't worry you at all, do I?" he asked.She thought he sounded disappointed. "No," she admitted with a smile. She tried to shrug his hand away from her chin, and when he wouldn't let go of her she took another step back, only to find a weak railing blocking her.She was good and trapped, and Lyon smiled over it. "Will you please let me go back inside?" she asked."First we're going to have a normal conversation," Lyon announced. "This is how it works, Christina. I'll ask you questions, and you may ask me questions. Neither of us will give abrupt one-word answers.""Why?""So that we may get to know each other better," Lyon said.He looked determined enough to stay on Lord Baker's balcoGarwood, Julie is the author of 'Lion's Lady' with ISBN 9780671737832 and ISBN 067173783X.