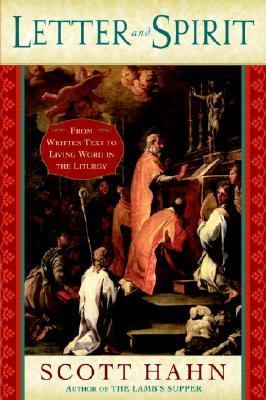 CHAPTER 1 Our Nearness to the Ancients Few stories in Christian antiquity circulated as widely and as rapidly as Athanasius' telling of the life of Anthony, the fourth-century hermit of the Egyptian desert. Within a generation of Anthony's death, Augustine tells us,(1) the book had motivated countless Christians to take up the contemplative life in seclusion. The drama in Athanasius' narrative turned on a single moment in Anthony's youth. Not six months after the death of his parents, he went according to custom to the Lord's house . . . He entered the church, and it happened the Gospel was being read, and he heard the Lord saying to the rich man, "If you would be perfect, go, sell what you possess and give to the poor, and you will have treasure in heaven" [Mt 19:21]. Anthony, . . . as if the passage had been read on his account, went out immediately from the church, and gave the possessions of his forefathers to the villagers . . . All the rest that was movable he sold, and having got together much money he gave it to the poor, reserving a little, however, for his sister's sake . . . And again he went into the church, and he heard the Lord say in the Gospel, "do not be anxious about your life" [Mt 6:25]. He could stay no longer, but went out and gave those things also to the poor . . . he henceforth devoted himself outside his house to discipline.(2) It is a rich passage for those who wish to understand the history of biblical interpretation. Athanasius' Life of Anthony made a profound impression on the greatest exegetes of the next generations: Augustine, Jerome, Rufinus, Evagrius. And the author himself, Athanasius, played a crucial role in the history of the formation of the New Testament canon. For our purposes, though, the passage is important not so much because of its effects or its author, but because of the window it opens upon biblical interpretation in an early Christian community. What we encounter in this episode is not merely evidence of a received text--two stories from Matthew's gospel--but also the very process of reception. Anthony's turning point came at the mid-third century, when the canon had not yet reached a final and universal form. Athanasius shows us, here as elsewhere, that the ordinary place of biblical interpretation was the church, and the ordinary time was the liturgy. In the ancient world, the church's liturgy--its public, ritual worship--was the natural and supernatural habitat of the church's scriptures. This was true not only of the Christian ekklesia (church), but also of the qahal (assembly) of ancient Israel, which proclaimed and chanted the scriptures in its liturgies of synagogue, temple, and home. Biblical religion was liturgical religion, and its sacred texts were primarily liturgical texts. This is what makes the witness of the church fathers so valuable for biblical studies. Christopher Hall speaks of the fathers' "hermeneutical proximity"--their interpretive nearness--to the biblical world. The overwhelming witness of the fathers and the rabbis is not an accumulation of the conclusions of scientific exegesis, but rather a great mass of liturgical sermons, catechetical lectures, and rubrics for worship. Even the "passing on" of the texts and doctrines--for Christians the traditio and redditio--was, then as now, a liturgical action. The Christian fathers received the texts, prayed the texts, proclaimed the texts, venerated the texts, and passed on the texts in ways that were similar to, and continuous with, those of their apostolic and Jewish ancestors. For both Jews and Christians, the scriptural texts, though historical in character, were not merely records of past events. Reading them in public was more than just the preservation of a national saga. The scriptures were intended to sweep the worshiper into their action--&qHahn, Scott is the author of 'Letter And Spirit From Written Text To Living Word In The Liturgy Of The Church', published 2005 under ISBN 9780385509336 and ISBN 0385509332.