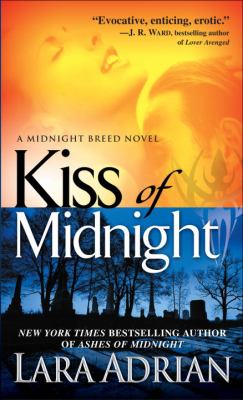 Chapter One Present Day Remarkable. Just look at the use of light and shadow . . ." "You see how this image hints at the sorrow of the place, yet manages to convey a promise of hope?" ". . . one of the youngest photographers to be included in the museum's new modern art collection." Gabrielle Maxwell stood back from the group of exhibit attendees, nursing a flute of warm champagne as yet another crowd of faceless, nameless, Very Important People enthused over the two dozen black-and-white photographs displayed on the gallery walls. She glanced at the images from across the room, somewhat bemused. They were good photographs--a bit edgy, their subject matter being abandoned mills and desolate dockyards outside Boston--but she didn't quite get what everyone else was seeing in them. Then again, she never did. Gabrielle merely took the photographs; she left their interpretation, and ultimately, their appreciation, up to others. An introvert by nature, it made her uncomfortable to be on the receiving end of this much praise and attention . . . but it did pay the bills. Quite nicely, at that. Tonight, it was also paying the bills for her friend Jamie, the owner of the funky little art gallery on Newbury Street, which, at ten minutes to closing, was still packed with prospective buyers. Numb with the whole process of meeting and greeting, of smiling politely as everyone from moneyed Back Bay wives to multipierced, tattooed Goths tried to impress one another--and her--with analyses of her work, Gabrielle couldn't wait for the exhibit to end. She had been hiding in the shadows for the past hour, contemplating a stealth escape to the comfort of a warm shower and a soft pillow, both waiting at her apartment on the city's east side. But she had promised a few of her friends--Jamie, Kendra, and Megan--that she would join them for dinner and drinks after the showing. As the last couple of stragglers made their purchases and left, Gabrielle found herself gathered up and swept into a cab before she had a chance to so much as think of begging off. "What an awesome night!" Jamie's androgynous blond hair swung around his face as he leaned across the other two women to clutch Gabrielle's hand. "I've never had so much weekend traffic in the gallery--and tonight's sales receipts were amazing! Thank you so much for letting me host you." Gabrielle smiled at her friend's excitement. "Of course. No need to thank me." "You weren't too miserable, were you?" "How could she be, with half of Boston falling at her feet?" gushed Kendra, before Gabrielle could answer for herself. "Was that the governor I saw you talking with over the canapes?" Gabrielle nodded. "He's offered to commission some original works for his cottage on the Vineyard." "Sweet!" "Yeah," Gabrielle replied without much enthusiasm. She had a stack of business cards in her pocketbook--at least a year of steady work, if she wanted it--so why was she tempted to open the taxi window and scatter them all to the wind? She let her gaze drift to the night outside the car, watching in queer detachment as lights and lives flickered past. The streets teemed with people: couples strolling hand in hand, groups of friends laughing and talking, all of them having a great time. They dined at cafe tables outside trendy bistros and paused to browse store window displays. Everywhere she looked, the city pulsed with color and life. Gabrielle absorbed it all with her artist's eye and, yet, felt nothing. This bustle of life--her life as well--seemed to be speeding by without her. More and more lately, she felt as if she were caught on a wheel that wouldn't stop spinning her around, trapping her in an endless cycle of passing time and little purpose. "Is anything wrong, Gab?"Adrian, Lara is the author of 'Kiss of Midnight ', published 2007 under ISBN 9780553589375 and ISBN 0553589377.