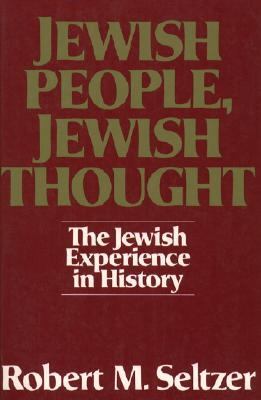 Like every distinctive heritage, Judaism must be understood as a creative response to ultimate issues of human concern by members of a group that has faced a unique concatenation of political, economic, and geographical circumstances. And the Jewish historical experience is more unusual than most. Standing both within and without the mainstream of Western culture, Judaism offers remarkable insights into the genesis and elaboration of powerful religious ideas and into the determined survival of a small, vulnerable people repeatedly forced to confront and adjust to conditions beyond its immediate control. In this work, I have attempted to survey the Jewish historical landscape and orient the reader to its main features, opening up for him access to the rich scholarly literature on Jewish history, theology, philosophy, mysticism, and social thought that has been produced in the last century and a half. The subject of every section of every chapter involves the lifework of several researchers. Within the limits of the space available to me I have tried to provide a reasonably detailed introduction to a complex, ramified, and intellectually challenging field of humanistic learning. The structure and contents of this book have been affected by the following considerations. First, I felt that it was necessary to include enough general historic4-background that the reader could glimpse the larger context in which each new phase of Judaism emerged out of previous phases. The separateness of Judaism has always been relative rather than absolute. The overall political and social milieu and the spiritual climate have shaped, sometimes subtly and sometimes conspicuously, the Jewish condition. Jewry has responded selectively and according to its own criteria of meaning and value to events affecting non-Jews as well; Judaism, at the same time, has exerted a reciprocal influence, direct or indirect, on the general course of historical development. It is always necessary to adjust the usual rubrics of history, such as ancient, medieval, and modern, to the particular contours of Jewish identity to define the changing subjective borders between Jew and non-Jew. Thus, it was a crucial transition when Judaism passed from being the only monotheistic civilization in a polytheistic world to being the monotheism of a minority living in lands where the state religions of the Christian or Muslim majority were spiritual descendants of Judaism; and it was another crucial transition when the secularization of European society set in motion a variety of contradictory redefinitions of the status and core of modern Jewish identity. Second, I have tried to avoid falsifying the nature of Jewish history through oversimplification. The social profile and institutional structure of Jewry have been modified to such an extent in the course of centuries that no single definition of the Jews in a few words is possible, except that they are the continuation of previous Jewish generations. Emerging from a collectivity of seminomadic clans and tribes, the Jews during some periods were mainly peasants and fighters; in later periods they have been predominately urban artisans and merchants, sometimes widely scattered in small villages and towns, sometimes concentrated in a few geographical regions or in the major cities of the world. There have been centuries when Jewish identity was primarily an unquestioned matter of descent, and ages when proselytes have been enthusiastically sought or when positive Jewish loyalty involved a strong element of personal choice. Discrimination, hatred, and violence against Jews have marked certain epochs, alternating with times of relative security when there were some tangible, as well as psychological, advantages of belonging to the Jewish minority. For over 1,500 years Jewry was rooted in its original homeland (surely the return of a large proportion of modern Jews to that homeland is one of the most striking chapters inSeltzer, Robert M. is the author of 'Jewish People, Jewish Thought' with ISBN 9780024089403 and ISBN 0024089400.