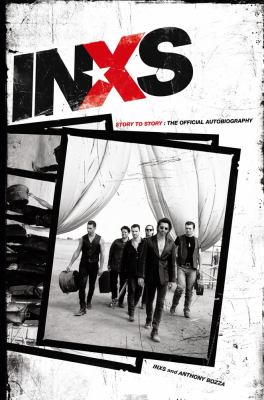 If Three Were Six: How the Brothers Farriss Doubled Their Numbers Brotherhood, whether it is genetic, chemical, or ideological, has long been fuel for rock. There is of course the brotherhood of music, the one that sees no colors or borders; the one that inspired Chuck Berry to turn an old, white, hillbilly folk song called "Ida Red" into "Maybellene" in 1955 -- essentially the first rock-and-roll song ever recorded. The same color-blind bond drew Sam Phillips to begin recording the godfathers of rock and roll, from B. B. King to Howlin' Wolf to Carl Perkins and of course Elvis Presley. There is also the blood brotherhood of familial jammers, a band situation that often yields as much blood as it does beautiful music -- sometimes more. Ray and Dave Davies of the Kinks were as much of a concert draw for their onstage brawls as they were for their tunes. The Everly Brothers (Don and Phil) went years without speaking to each other, though every night they harmonized like parakeets in love. The three Wilson brothers in the Beach Boys -- Brian, Dennis, and Carl -- fought famously from the start over whether they were to be the sonic equivalent of saccharine surf wax or a complex acid-test beach party. In the end they did both, and it wasn't a smooth ride. More recently, Chris and Rich Robinson of the Black Crowes fought over life-changing topics such as who should put Sharpie to paper and write the night's set list. But Noel and Liam Gallagher of Oasis truly carried the rock-and-roll bro torch into the new millennium in a sea of name-calling, onstage sabotage, and critically acclaimed prattishness. In its worst moments, genetic brotherhood has made for great rock drama because it is true life, with a sound track, unfolding before the audience. Regardless, bands with brothers also enjoy balance, an anchor, a constant, that others lack. This fraternal bond, even if it's blatantly dysfunctional, has helped many a band weather hard times. The brothers Young, Malcolm and Angus of AC/DC, kept the band on track when original singer Bon Scott died. The sisterhood of Ann and Nancy Wilson of Heart steered their band to its highest peaks just after the two brothers they were dating within their circle -- Roger and Mike Fisher -- left them and the group. There are three brothers in INXS -- keyboardist and guitar player Andrew Farriss, guitarist Tim Farriss, and drummer Jon Farriss -- who fall within a niche subset of rock-and-roll brother units: like the Bee Gees, there are three of them and they grew up in Australia. The Farriss brothers weren't raised to be onstage brawlers, but they certainly have navigated stormy moments in the thirty-odd years they've made music together. They're all very different men whose musical differences became assets in the company of the compatriots they found in their youth: guitar and sax player Kirk Pengilly, bassist Garry Beers, and singer Michael Hutchence. The Farriss brothers and their younger sister, Alison, were born in Perth, Australia, a conservative beach community on the western edge of the country. Their father, Dennis, was the West Australian manager for a global insurance company. An Englishman by birth and a former navy man, he was, unlike the continent's original Anglo settlers, sent there for good behavior. He met their mother, Jill (who passed away in 1995), fell in love, married, and set about raising a family. In 1971, Dennis was promoted to assistant manager of the company for all of Australia and relocated the family to Sydney, just as their eldest son, Tim, turned fourteen; the family settled in the leafy suburb of Belrose, a short drive from the inner city. The story usually goes that parents who produce musicians -- let alone three of them -- are musicians themselves. Not so here. In this case, two avid music fans appear to have willed musical ability into the DNA of their children. "My wife and I were aINXS Publications Staff is the author of 'Inxs Story to Story the Official Autobiography', published 2006 under ISBN 9780743284042 and ISBN 0743284046.