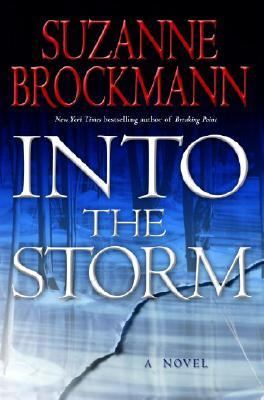 4 left in stock at this price

Chapter One Two Months Later San Diego, California Friday, December 2, 2005 Lindsey Fontaine knocked on her boss's door. It was ajar, so she pushed it open, peeking in. "You wanted to see me, sir," she started, but then realized there was someone in a Navy uniform sitting across from his desk. "Oh, I'm sorry." "No, come on in, Linds." Her boss, Tom Paoletti, waved her into the room. "You've met Mark Jenkins, haven't you?" "Not officially," Lindsey told him. She'd seen Jenkins earlier this morning. Hanging out at the new receptionist's desk. Reading rank wasn't one of her strengths, but Tom was a former Navy SEAL. His company, Troubleshooters Incorporated, did a great deal of business with the government, including the military. Which meant lots of uniforms walked through their door. The very young manJeez, were they really taking them this fresh out of diapers these days?pushing himself to his feet while favoring his left side was a petty officer, first class. And oh, yes, he was definitely first-classin more ways than one. Extra cute, with muscles. But wait. His rank meant he'd been in the Navy for a number of years, because petty officers started at third class and worked their way up to first. And that meant he couldn't be as young as he looked. Shame on her for making assumptions. She should've known betteras someone who still got carded. At the movies. When she went to see an R-rated film. Lindsey knew firsthand what a pain in the butt it was to look far younger than her years. "Nice to meet you, Lindsey," Jenkins said as he shook her hand. Good grip. Solid eye contact. Pretty, pretty hazel eyes. Great smile. Cute freckles. And not too tall, either. She liked him already. Except for the fact that he was clearly infatuated with Tracy Shapiro, Troubleshooters Incorporated's remarkably inept new receptionist. Of course, most men seemed to turn into idiots around women who looked like Tracy, the brainless hairdo. Not that Lindsey had exchanged more than a casual greeting with Tracy, who'd started working there just a few days ago. But there was no doubt about it, Tracy had set Lindsey's Brainless Hair-Do-o-meter clacking right away. It might've had something to do with Tracy bumming five bucks for lunch off of Alyssaafter flat-out flirting with Alyssa's husband, Sam. But okay, to be fair, it wasn't the flirting-with-Sam part that was a problem. Alyssa had to be good and used to that. The Real Hair-Do Action came from Tracy lamenting her lack of money for lunch, accepting a fiver from Alyssa with only the vaguest of promises to pay it back, and then, without taking a breath, launching into an explanation of how she'd seen the shoes she was wearing on sale, and she just had to buy them, and could they believe she'd actually gotten them for only three hundred dollars? When Lindsey came to work, she wore sneakers or clunky-heeled boots, bought on sale for $29.95, so . . . No. She could not believe that any pair of shoes, even those made by mermaids off the coast of Sicily, could be worth three hundred dollars. "Jenk found Tracy for us," Tom Paoletti told Lindsey now. "They were friends back in high school." "Ah," she said. They were friends back in high school was guy code for Jenk had always wanted to jump her bones. Apparently, he hadn't given up trying. He no doubt thought helping her get a job might work. "That explains it.&amBrockmann, Suzanne is the author of 'Into the Storm', published 2006 under ISBN 9780345480149 and ISBN 0345480147.