Infinity's Flower: A Tale of 2012 and the Great Shift of the Ages 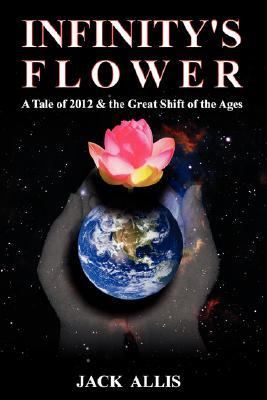 Infinity's Flower The Tale of 2012 & the Great Shift of the Ages The year is 2011. David and Kelly are soul mates, who share an awareness of the ancient esoteric wisdom, confirmed by quantum science, that the universe is alive, and everything in it, including us, consists of pulsating, luminous energy. Like shamans from indigenous cultures around the world, David and Kelly have powers far exceeding those of ordinary humans as a function of their awareness that this world of energy is guided by an unseen intelligence or spirit, and their ability to merge with these mysterious forces. One of their powers is the ability to see through the illusion of everyday life, and into another dimension, where malevolent extraterrestrial beings, masquerading as humans, have covertly ruled the world for thousands of years, and have imposed a fascist world government, or New World Order, upon a human race. Infinity's Flower is the epic story of the age-old intergalactic battle between the forces of good and evil that is coming to a head on the planet Earth at this time, and David and Kelly's struggle to join the forces of light, both in this world and in higher, etheric dimensions, to defeat the powers of darkness, and reclaim the planet. The backdrop of this tale is The Great Shift of the Ages, an exceedingly rare geophysical and astrophysical time the Earth has entered. It is the completion of a 26,000-year cycle, which was prophesized by ancient cultures spanning the globe, including the Egyptians, the Mayans and the Hopis. The Shift involves forces of colossal magnitude, such as the reversing of the Earth's electromagnetic field, which will change the face of the planet, and life on it, forever. The clock is ticking. The year 2012 appears to be the turning point. Are these the end-times, as so many believe was predicted in the Bible, or is this an opportunity for the birth of a new era of higher consciousness and spirituality? Infinity's Flower weaves the epic scope of Orwell, the esoteric wisdom of Castaneda, and the riveting storytelling of the film sensation The Matrix, into a tale of this rare and blessed opportunity for humanity to evict the forces of evil, and make the shift to the new paradigm. It is a world in which doors swing open to unimaginable forces, and where humanity reconnects with the one true source of its power: the divine spirit of a living universe. Infinity's Flower is a vision of the paradise that an empowered and an enlightened humanity can, and must, create on Earth.Allis, Jack is the author of 'Infinity's Flower: A Tale of 2012 and the Great Shift of the Ages', published 2007 under ISBN 9781934588048 and ISBN 1934588040.