How to Move to Canada A Primer for Americans 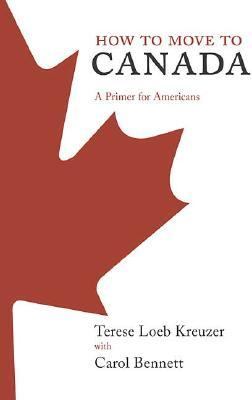 Chapter One Introduction: What Is Canada? It takes a night and half a day to get from Vancouver, British Columbia, to Jasper, Alberta, by train. But this trip through some of the world's tallest and newest mountains is the dot on an "i" in Canada's great expanse. The second largest country in the world spans six time zones. It is largely uninhabited. The population of just over 32 million is roughly the same as the population of California. Most Canadians live within a hundred miles of the U.S. border. Human beings are thought to have first entered what is now Canada around 24,000 years ago, crossing the Bering Strait from Mongolia to present-day Alaska and then moving south. Native peoples are known to have lived in some parts of Canada for at least 10,000 years. Around a.d. 1000 Vikings settled on the coast of Newfoundland for around a decade but then left. The Frenchman Jacques Cartier was the next European of record to return. He sailed from St. Malo on April 20, 1534, with two ships and sixty-one men, looking for gold and a passage to Asia. He found instead a land "composed of stones and horrible rugged rocks," claiming it for France. Forty-nine years later, Sir Humphrey Gilbert claimed Newfoundland for England. This was the beginning of a conflict between the English and French for control of this territory that finally ended with the French defeat on Quebec City's Plains of Abraham in 1759. However, the defeat was only partial. Canada has two official languagesEnglish and Frenchand the Quebecois ("Quebecers" in English) have a culture distinct from the rest of Canada and a lingering sense of being second-class citizens in an English-speaking hegemony. Although many of Canada's premiers have been from Quebec, the province's alliance with the rest of Canada has often been uneasy. The beaver is Canada's national animal, and rightly so. From the seventeenth to the mid-nineteenth century, the European hunger for beaver skin hats was insatiable. Starting around 1600, explorers, trappers, and traders pushed farther and farther west, seeking beaver pelts. The Hudson's Bay Company, founded in 1670, and the North West Company, founded in 1783, were built on trading fur with natives and with the European trappers who learned from them. Seeking furs, in 1793, a Scot named Alexander Mackenzie first crossed the Rocky Mountains and made his way to the Pacific Ocean. The Hudson's Bay Company once controlled most of the land in modern Canada, from the Atlantic Ocean to the Pacific, from the Arctic Ocean to the Great Lakes. But the taste for beaver hats waned in favor of silk hats and less pricey furs. In 1870, the Hudson's Bay Company ceded most of its domain to the Dominion of Canada and became a department store supplying the needs of the farmers who flooded the prairies in response to Canada's offer of cheap land to anyone who would cultivate it. Because of its size, terrain, and climate, and because of its political history, Canada has not been an easy country to governcertainly not at a distance. By the 1860s, with the value of Canadian furs diminished and the United States unstable and bloody from civil war, the British Crown was quite willing to let its colony take care of many of its own problems, including defense from its neighbor to the south. The British North America Act of 1867 established the Dominion of Canada as a confederation of provinces governed by a premier and a parliament in Ottawa. The first four provinces in the confederation were Ontario, Quebec, New Brunswick, and Nova Scotia. The Statute of Westminster, signed in 1931, further loosened the ties with Britain, giving Canada contrKreuzer, Terese Loeb is the author of 'How to Move to Canada A Primer for Americans', published 2006 under ISBN 9780312349868 and ISBN 0312349866.