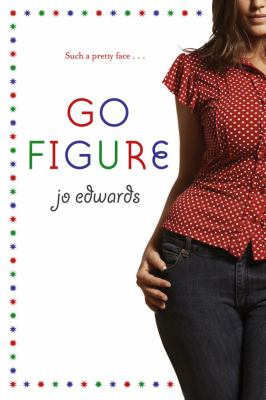 Prologue I was ten years old when i stopped being skinny. It didn't happen overnight, but it sure felt that way. As if one moment I was thin and happy and perfect, and the next I was getting picked last for kickball, shopping in the plus-size department, and hopping on the scale at Weight Watchers (they have a special program for teens). I guess the weight crept on slowly, pound after pound, just like it always does. And I guess I had some choice in the matter -- I could have eaten carrot sticks instead of fries, a turkey sandwich in lieu of pizza. (But, really, is life without chocolate and pizza worth living? I think not!) But the whole thing felt so sudden and, I must say, beyond my control. It was at cheerleading camp that I was first outted as a fat girl. Yes, cheerleading camp. This should tell you that I didn't know my own girth. No self-respecting chubette would ever sign up for three months of herkies, somersaults, and human pyramids. Not to mention butt-cheek-length skirts and weekly weigh-ins. Ah, the weigh-ins. They were the bane of my existence, even before my thighs were packed with cellulite and my butt jiggled when I walked. But it was not the scale that betrayed me. It was Sadie (who, for all intents and purposes, might as well have been named Sadist). She was the first person ever to call me fat. Sadie was a bubbly twenty-three-year-old who went to the University of Tennessee at Knoxville on a cheerleading scholarship. After failing to land a cheering job with any of the pro teams, Sadie moved to Atlanta and began teaching preteen gymnastics and cheering. My mother signed me up for Sadie's day camp the summer before my sixth-grade year. Things were pretty bad in our family back then, and my mom was looking for a way to cheer me up (pun intended). My brother, Mark, had been diagnosed with leukemia a few months earlier, and my whole family had more or less stopped functioning. I spent a lot of time by myself that year, eating Cheetos for dinner, watching TV to help me fall asleep, while my mom huddled next to Mark's bed at the hospital. It was during that period that I got fat. I'm not blaming my brother's illness; I know it's not his fault. But if I had to draw out a timeline of when my body took a turn for the worse, Mark's cancer would be the point where it started. The point where it blew up in my face was a Monday afternoon in July. We were practicing round-off back-handsprings when I took a big spill. I stood up, dusted myself off, and hobbled over to Sadie so she could examine my bum ankle. But she was much more interested in my body as a whole. "No wonder you fell. At this rate, you're not going to be able to do that move for much longer," Sadie said, pointing a finger at my stomach. "Your last weigh-in showed you at a hundred and twenty-eight pounds," she announced. Out loud. For everyone to hear. There were audible gasps. We were fifth graders. There were girls on the squad who weighed less than seventy pounds. "You're gettin'reallyfat, girlie. Really fat," Sadie said again, just in case anyone had missed it the first time. She squeezed my upper arm with her manicured fingers. "And it's affecting your tumbling in abigway. You'd better start watching what you eat, pronto. You don't want to grow up and look like Carnie Wilson." I didn't even know who Carnie Wilson was, but when I looked her up on the Internet that night, I was horrified. This was a woman so gargantuan, the doctors had to seal off most of her stomach; so fat, she needed weight-loss surgery just to live. Was this really where I was headed? Was I really that big? I was suddenly acutely aware of my body in a way I never had been before. I was aware that I didn't measure up. Instead of getting motivated, I threw in the towel. I stopped caring. No one in my family was around. No oEdwards, Jo is the author of 'Go Figure ', published 2007 under ISBN 9781416924920 and ISBN 1416924922.