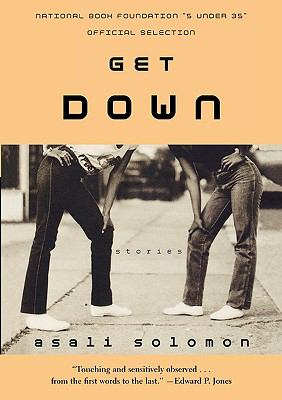 Chapter One Twelve Takes Thea My mother and father, the only kids to go to college in their large families, believed deeply that they could only have genius children. When my older brother, Stephen, was assigned to the fourth-grade slow learners' class at Franklin Elementary for his habit of staring at the floor, it set into motion a chain of events that would end, for me, with a partial scholarship to the Barrett School for Girls. Every day I got up at 6:00 a.m. and rode a school bus from Southwest Philadelphia to a sprawling campus in Bryn Mawr, Pennsylvania. Stephen got a tutor and transferred to a better public elementary. I got a school with its own coat of arms. My first friend at Barrett when I started there in second grade was a girl called Jane, who had light brown hair, so Stephen began calling me Jane. Even after the girl had left the school and moved away, Stephen continued to remind me how much of a Jane I was becoming when I was excited or angry or got in the way of his frequent mood swings. This continued even after the fourth grade, when another black girl came to my class and we became best friends. Hearing our two names togetherThe-a Brown, Nad-ja Bellwas how I learned about poetic meter and internal rhyme. One day our English teacher, Mr. Edwards, put aside Emily Dickinson and chanted our two names several times. He clapped staccato beats and looked proud of himself. Nadja wore a blank expression, and I tried not to smile. As we walked away from the classroom, Nadja said, "You know he can't tell us apart, right?" and that was true and sad, so it made me laugh. A bland girl named Stephanie Simon, who was walking alone, looked at us with curiosity. When I saw her looking, I laughed even harder. You could barely breathe in the space between me and Nadja. I might have been a shrill thing, but my best friend was cool, like a villain on a detective show. Once, in the locker room after swimming, Allison Evans announced, "I heard there's pools of blood on every corner in Philadelphia." I clutched a towel to me and couldn't think of anything to say except "Well, well." Nadja, already dry and dressed, closed her locker with a definitive click. "I guess that's why there's taxes for street cleaning." Before Nadja, I had a few friends who were loyal to me at lunchtime, though we had nothing to talk about. I waved discreetly to the black girls scattered in other grades, and smiled at the hairnetted black lunch ladies who ladled me extra soup. I threw a party, and nobody from school came. With Nadja, I had someone to sit and eat with, and somebody in the world besides my grandpa Theo called my house to speak to me. Sometimes on Fridays after school I went over to Nadja's, where we'd listen to the Power Four at Four on Power 99, and she'd teach me the new dances she'd learned from the older girls who lived on her block. Each of those afternoons, just before six o'clock, we'd turn off the music, dab away our sweat, and spread our books out on the dining-room table. Nadja's mother believed that dancing was for adults and that secular music was from Satan. Those were the days of Rick James and of Prince's "Erotic City," so I guess she was right. AT THE END of sixth grade, I learned that Nadja's mother was transferring her to Saint Mary's in South Philly. Her mother had recently married a minister who thought his stepdaughter should go to a Christian school. Nadja told me the news on a chilly spring day. We wore sweatpants under our gray uniform kilts and twisted uSolomon, Asali is the author of 'Get Down' with ISBN 9780374531461 and ISBN 0374531463.