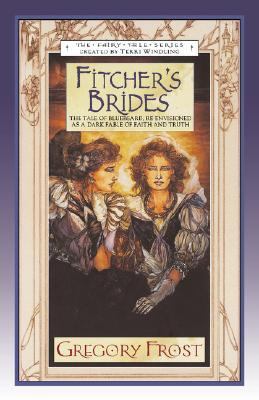 One They climbed the gangplank to the steamboat, the three Charter sisters. As the eldest, Vernelia led them, followed by Amy, and finally Kate, the youngest at sixteen. The plank was wet but someone had thrown a layer of grist onto it so that feet could find purchase in the climb. In the middle, halfway between land and lake and part of neither, Kate stopped and turned for a final look at the town of Geneva. The wharf and streets teemed with people, more than the girls had ever seen gathered in a single place, even on the commons in Boston on the Fourth of July. Certainly all of the people below had not come down the Cayuga & Seneca Canal with the girls, their father and stepmother: No canal boat could have held so many. Even the steamboat that would carry them to the southern tip of Seneca Lake could not have held this many. Spencer coats and shawl collars bumped up against buckskins, carriage dresses, cloaks, and bustles; polished beaver and stovepipe hats, gipsys, capotes, and lace cornettes flowed around bales and boxes, wagons and valises. The girls's journey across the wharf had been a clumsy, dodging stumble behind their father and stepmother; yet from the higher vantage there was a liquidity of purpose, as pockets of activity swirled like eddies in the bend of some greater human river. They had spent but a day in this town, knew nothing of its secrets, but Kate was compelled to unriddle the place in a final glance, and she might have done if Amy hadn't grabbed hold of her from above and hissed, "Kate, you're holding everyone up!" Indeed, below her everyone was staring, and reluctantly she continued her climb. Vern had already stepped off. Amy reached the top, then clumsily descended as if she might topp≤ but a hand caught her elbow and steadied her. A young gentleman in a sharp blue coat stood on deck and, taking Kate's hand, helped her climb down on three boxes. "Mademoiselle," he said. "Welcome aboard theFidelio, the finest steamboat in New York State." He couldn't have been much older than Vernnineteen or twenty perhaps, and his French accent was not very believable. He had a little strip of a mustache on his lip that looked more like a line of ash than hair, but Kate was too polite to let her opinion show. She smiled demurely and thanked him for his assistance, calling him "Monsieur." He bowed, the gallant knight, and answered, "Charity never faileth." Amy stood tugging at her green wool pelisse, but she looked up from beneath her bonnet and blushed as he spoke, as if the comment had been directed at her. Then she said, "Come now, sister," and took Kate by the elbow. The young man had already returned to his duty at the head of the gangplank. It was the early spring of 1843, and much of New England was on the move. People headed west in droves, into new territories, some running to keep ahead of civilization, others intending to drag civilization into the wilderness. Still others had been swept up in one or more of the religious frenzies that had burned across New York State, one upon the other, for over half a centuryone of which had dislocated the lives of the Charter sisters. The two girls meandered across the deck, past bales of cotton and wool, and trunks and bags toted by servants, and families gathered around their belongings, and even at one point three men kneeling in an open passage and playing at dice. Amy averted her eyes but Kate watched shamelessly until she was pulled away. "It's not ladylike to stare that way," Amy instructed. "But" "Just wait till I tell Vern." By then they had spotted their elder sister. She stood beside their father and steFrost, Gregory is the author of 'Fitcher's Brides' with ISBN 9780765301956 and ISBN 0765301954.