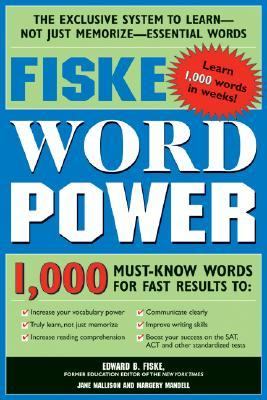 Have you ever learned a new word and then immediately seen or heard it again? Let's say you just learned exotic ("out of the ordinary") and within a week you see an ad for "exotic tropical fruit drinks," hear someone talk about "traveling to exotic places," and find a reference in a history text to the fact that in the eighteenth century the English considered Italian opera "exotic" entertainment." Spooky? Mystical? Weird? Not really. The universe didn't suddenly thrust those words in your path to reward you for your new knowledge. No, it's the other way around-you noticed the word because you'd just learned it. (The same phenomenon occurs when people plan to buy, say, a used car or an engagement ring. Suddenly their worldview becomes newly aware that some cars have two doors and some have four, that Aunt Tilda has a huge pear-shaped diamond.) In short, you're developing what we call strong verbal antennae, an ability to sense what you earlier ignored. These antennae will be your new best friends. If writers are, as novelist Henry James suggested, people "on whom nothing is lost," then alpha students of vocabulary are people on whom no word is lost. If you see it, learn it. If you hear it, learn it. If you learn it, use it. The system in this book is designed to help you fully learn the one thousand words inside. However, there are many things you can, and should, do to make the process easier as well as to learn new words that aren't even in this book. Rule #1: Get the proper tools. No wordsmith worthy of the name will be without a good dictionary-or maybe even dictionaries. If it's possible, have several-one at home, one at school or in your workplace, and maybe even a portable dictionary to carry with you so you can check a meaning whenever you come across a word that pleases you. Rule #2: Don't be shy. If someone uses a word you don't know, ask what it means. When the father of your best friend says he's tired of hearing people pontificate, you can quickly learn that it means "speaking in a preachy manner." No, people won't think you're stupid for asking; they'll feel good about teaching you something. Rule #3: Find a way to capture those exotic new words. Maybe you'll carry a small notebook with you and jot them down quickly. If you prefer an electronic device, that's fine too. Just don't let them get away. Then, be sure to follow through with the next step-learning the meaning of your new words. (See the box on pages 6 to 8 for some suggestions to make this process easier.) Rule #4: Consider the possibility of a study buddy. If you know someone who's also motivated to build his or her vocabulary, ask that person to study with you. The same principle that has made Weight Watchers successful for dieters can build your word power. Studying with another person can keep you motivated and make practicing the recommended techniques more fun. For example, your fellow Word Watcher may know some of the words on your list (see Rule #2), saving you the effort of looking them up; similarly, your partner can share his or her list of new words with you. Rule #5: Employ interstitial learning. This fancy adjective refers to "space between cracks," in this case, small spaces of time. Study whenever you have a small bit of time. You'll be amazed how studying whenever you have a little bit of time can add up. A successful book for students in graduate school is called Writing Your Dissertation in Fifteen Minutes a Day. If someone a little older than you can write a long scholarly treatise using such a method, you can build your vocabulary in even smaller units of time. So however silly it may initially feel, get out that list, those cards (see Rule #6 below), while you're waiting for the bus or sitting in the dentist's waiting room. Your new bits of knowledge will add up quickly. Rule #6: Different techniques. Try several techniques for getting newly notFiske, Edward B. is the author of 'Fiske Word Power The Exclusive System To Learn, Not Just Memorize, Essential Words' with ISBN 9781402206535 and ISBN 1402206534.

6 from $0.75
Loading marketplace prices 6 copies from $0.75 How does the rental process work?
View more