Fever The Life And Music of Miss Peggy Lee 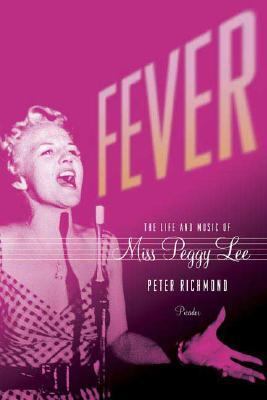 Prologue White Night The Half Note was dark, Coltrane uncharacteristically silent. Birdland was battened down. Buddy Rich and his boys had taken a one-night holiday. Lonely chords serenaded the empty rink at Rockefeller Center, not a single skater to hear them. On this February evening in 1961, the blizzard of the century had all but locked the great city down. The silence of a foot and a half of newly fallen snow had blanketed the island from river to river. An edict from Mayor Robert Wagner had swept all but essential vehicles from the streets. Bars, restaurants, shopseverything was shuttered; most of the town's famously bright lights were extinguished. Hardly a sound could be heard in the muffled night, save the winter wind whipping from alley to alley. Hardly a soul could be glimpsed on Manhattan Island, except for the intrepid pedestrians gathering in the immediate vicinity of East Forty-eighth Street and Lexington Avenue, where the most elegant of parades was making its way through the blowing flakes and the gathering drifts. Laughing couples seductively attired in minks and tuxedos, giddy revelers swathed in mufflers and mittens, all hurried through the glow of streetlights, braving the wind, lured by an unseen gravitational pull toward what was, on this singular evening, the city's undisputed nexus. The long, rarely silent, and usually smoky room was known as the nightclub of nightclubs, and despite the climate's extreme hostility, people packed the spacewall to wall, table to table, knee to knee, stranger to strangeras if all the energy of old New York, banished from the streets, had been channeled and gathered into this single place, for one single night, one single show. They had come to catch her fever. They had come to bask in her cool. They had come to Basin Street East to hear the Queen. That's what Ellington had ordained her: "If I'm the Duke, man, Peggy Lee is Queen." The New Yorker, describing this particular engagement in typically omniscient style, had settled simply for calling her "practically the hub of the universe," drawing no argument from the cognoscenti. At any rate, the semantics were irrelevant. No one in Basin Street needed convincing. The only phrases that mattered on this night were melodicjazzed, bluesy, heartbroken, hopefuland all absolutely American. And the woman who could sing them all, from the classic phrasings of the standard popular songbook to adventurous melodies out on the rhythmic fringe, and everything in betweenwas about to seize the small, empty stage and claim the whole magical New York night as her very own. There was never a question that the show would go on. Even with the weather wreaking havoc, nothing could have waylaid the faithful. With delivery trucks banned from the streets, the club's publicist had enlisted local schoolkids to scour nearby grocery stores for all the provisions they could load onto their sleds. For this evening's show, the guests would feed on impromptu cuisine and fuel themselves on a more limited range than usual of their favorite cocktailsas if to prove the Richard Rodgers dictum that our need for melody is as strong as our need for sustenance. The club held 340 people, legally. On this occasion, it would accommodate nearly twice as many. As the listeners shook off the snow and settled into the cramped confines, the low murmur of anticipation became a rising undercurrent. On this night, instead of the usual three shows, she'd be doing just one. This crowd would be hearing everything the woman had to offer. They were herRichmond, Peter is the author of 'Fever The Life And Music of Miss Peggy Lee', published 2007 under ISBN 9780312426613 and ISBN 0312426615.