Falling in Love With Wisdom 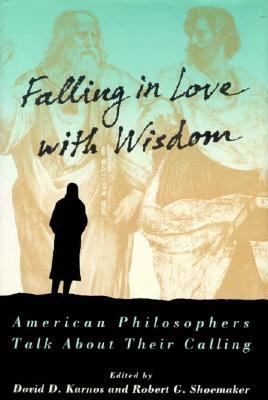 David Lynn Hall's love of philosophy began with a fifty-cent paperback. Then an adolescent facing an 18-hour bus trip across the great Southwest, desperate for anything to read, Hall bought Alfred North Whitehead's Adventures of Ideas at a rest stop in Pecos, Texas. He didn't have a clue who Whitehead was, but the book had a colorful, exotic cover, and nothing else on the revolving wire bookrack appealed to him. "I paid fifty cents, boarded the Trailways bus, nestled into my narrow seat and into the vastness of the desert spaces--and soon into the yet vaster spaces of humanity's great thoughts.... As I recall that first encounter with philosophic thinking, I seem to capture the exact emotion--a mixture of intrigue and perplexity, a congealed sense of awe--the apotheosis of which is the feeling philosophy now represents for me." That Mentor paperback still sits on his shelf, a treasured relic held together by rubberbands. Hall is just one of over sixty philosophers whose revealing memoirs appear in Falling in Love with Wisdom, a fascinating look at how some people became philosophers. Contributed by thinkers young and old, male and female, famous and obscure, these pieces reveal in very human terms both the rewards and hazards of a life dedicated to the pursuit of wisdom. Many recall a single memorable moment, an epiphany that changed forever the way they thought about themselves and the world around them. Huston Smith reveals how powerful these moments can be: "My excitement had been mounting all evening and around midnight it exploded, shattering mental stockades. It was as if a fourth dimension of space had opened, and ideas--now palpable--were unrolling like carpets before me." Others, such as Diane Michelfelder, find their gravitation to philosophy more subtle: "I sometimes think that one becomes a philosopher the same way one becomes many other things: a lover, a neighbor, a friend, an adult. You wake up one morning to discover that is what you have become." Still others speak of valued mentors (Angela Davis recounts her relationship with Herbert Marcuse), brushes with death, and the personal pain of social prejudice and ostracism. And throughout the book, there is much humor (Wallace Matson recounts his mother's horrified reaction to his precocious religious scepticism: "If you don't believe in God," she cried, "you can never be elected to public office!") and many surprises (Arthur C. Danto, for instance, admits he entered Columbia's graduate program in philosophy simply to keep getting the GI Bill while he pursued his true ambition, painting: "I had no great interest in philosophy, and certainly no intention of becoming a philosopher"). These sixty-four memoirs--almost all of which were written for this volume--reveal that the road to wisdom has many on-ramps. Yet all would ultimately agree with Henry Kyburg. "I imagine being asked," Kyburg writes, "'How did a healthy, ambitious, accomplished man like you, with all the advantages you have had, end up in such a useless dead end profession?' To which I would smugly reply, 'Just lucky, I guess.'"Karnos, David D. is the author of 'Falling in Love With Wisdom' with ISBN 9780195072013 and ISBN 0195072014.

3 from $3.50
Loading marketplace prices 3 copies from $3.50 How does the rental process work?
View more